Hoboken has officially taken ownership of the waterfront property 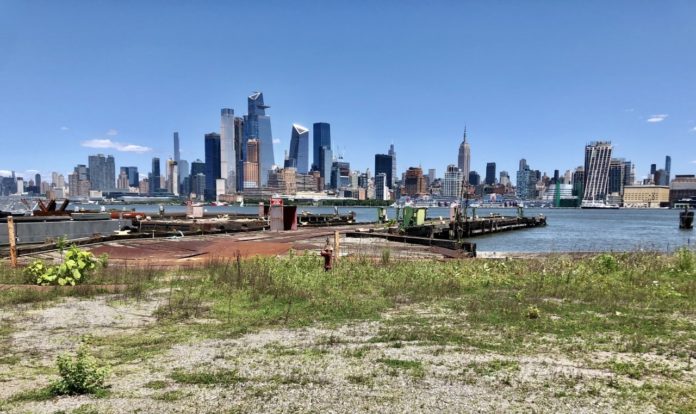 In an effort to expand development in the city of Hoboken, Mayor Ravi Bhalla announced this week that the city has taken ownership of the Union Dry Dock waterfront property.

“Make no mistake about it, the Union Dry Dock property is now in the hands of the City of Hoboken,” said Mayor Bhalla in a tweet put out earlier today. “I would also like to extend my gratitude to Governor Phil Murphy and State Senator Brian P. Stack. Without Governor Murphy’s assistance, New Jersey’s residents would not realize the quality of life and environmental benefits of this acquisition,” added the mayor.

The acquisition was undertaken in accordance with the condemnation process, which allows the city to move forward with acquiring the unused waterfront property for the purpose of a public park.

Pursuant to a Hudson County judge’s order, the City deposited the appraised amount of the Union Dry Dock property, $13.36 million, into court, according to the city’s press release.

The final acquisition price of the property will be determined by the courts, or an agreed-to amount if the City and New York Waterway are able to negotiate a final price through the condemnation process.

“The fact that the City of Hoboken has acquired Union Dry Dock is an historic turn of events,” said Ron Hine, executive director of the Fund for a Better Waterfront, a city-based organization.

“This site, inaccessible to the public for more than a century, will add more than 3 acres to Hoboken’s waterfront park and complete one of the final missing gaps in a continuous park at the water’s edge first proposed by FBW in 1990. Kudos to Mayor Bhalla and his administration, and all the many community advocates who helped make this happen.”

With the city’s new ownership of the Union Dry Dock property, Bhalla’s administration will initiate a public planning process to determine the public amenities and features that will be located within the waterfront park.

The administration today released a request for proposal (RFP) to solicit professional design firms to present options for the design of a public park at the property.

“This is truly a historic day for our residents, and I’m beyond thrilled that the entirety of our waterfront is now in our control and that we can once and for all plan for public open space and connect our treasured waterfront, said Bhalla.