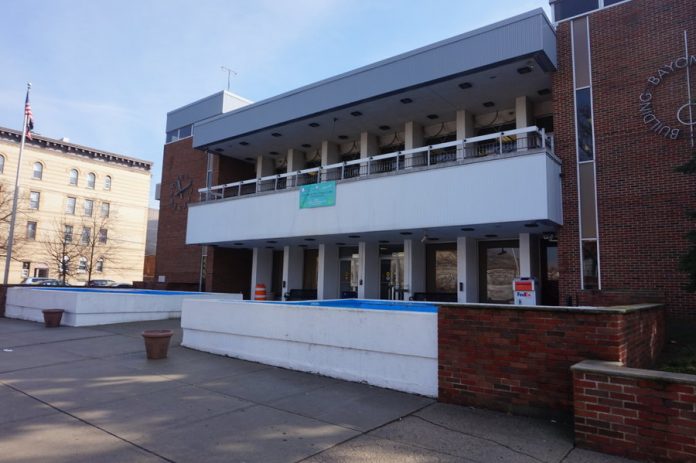 BAYONNE — Bayonne Chief of Staff Andrew Casais is stepping down from his position at City Hall for another position in municipal government in the Borough of Roselle Park in Union County, the City of Bayonne announced today. Roselle Park’s city council appointed Casais to the positions of Municipal Clerk, Assessment Search Officer, and Municipal Housing Liaison, effective March 6.
Casais, a 25-year-old native of Roselle Park who moved to Garwood last year, served as councilman from 2011-2013 (starting when he was 18 years old) for the Borough of Roselle Park before he started his job as Chief of Staff in Bayonne after his uncle, Mayor James Davis, was elected in 2014.
“For the past two and a half years Andrew has been a key component of my administration and has been at the forefront of implementing my vision for a better, revitalized Bayonne,” Davis said. “Speaking on behalf of the administration, I can say that we are all sad to see him go, but wish him well with this new opportunity.”
“Over the past two and a half years I had the honor of serving as Chief of Staff in Bayonne and working with some of the most dedicated and honorable public servants I have ever come in contact with during my time in government,” Casais said. “I want to thank Mayor Davis for this incredible opportunity. It has been an absolute privilege to be part of something much larger than myself, and much larger than all of us. With my departure, I look forward to advancing my career and wish Mayor Davis and his administration the very best as they continue to move the City in the right direction.”