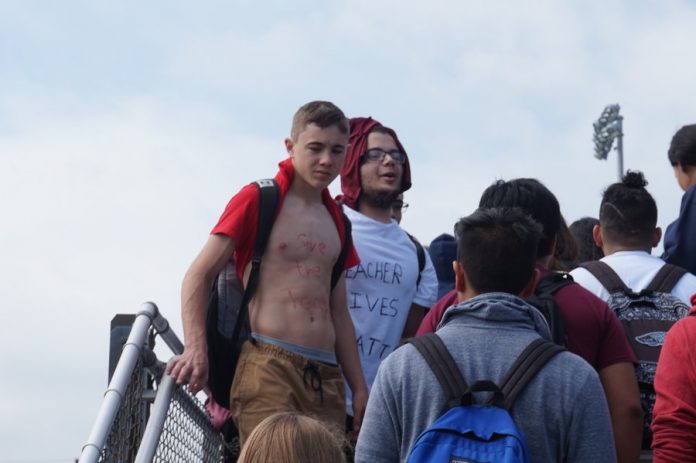 BAYONNE – The Bayonne Board of Education (BBOED) voted for a 40 percent staff reduction at a meeting on Wednesday, April 26 in order to alleviate a $6 million budget deficit. Reductions include 261 non-tenured teachers, eight engineers, 15 secretaries, two bus drivers, and other part-time and aide positions.
The decision comes after the board’s proposed budget, approved at a March BBOED meeting, was denied by the Department of Education (DOE) earlier this week. The proposed budget assumed 85 layoffs last announced in March, which are included in the 261 announced at Wednesday’s meeting. The Bayonne School District has a total of 646 full-time faculty. Some layoffs are effective immediately, while others are effective June 30, the same day the current teachers’ contract ends.
The board said its “dire situation” necessitates staff reductions. The DOE, in rejecting the proposed budget, required the BBOED to levy a 5.6 percent property tax to make up for the budget shortfall, a much larger levy than the 3.7 percent originally proposed in March.
The 261 layoffs are far more than anyone expected after the board repeatedly planned to minimize, to the best of its ability, the number of layoffs. Meanwhile, the board, including Superintendent Patricia McGeehan, said at the meeting that it hopes to hire back two-thirds of its layoffs by September.
The following day, on Thursday, April 27, protests ensued at City Hall and Bayonne High School where hundreds rallied outside, chanting “Where’s our money?” directed at central office administrators. The rally was full of raised fists, slogans, shouting, and some profanity. Most students expressed disappointment for losing valued educators, and regret for teachers who are now looking for new work, or who will be in June.
“These are the teachers who worked hard and prepared us for PARCC [testing],” said sophomore Georgi Aleksyan. “I know I did better because of them.”
“Staff should be cut based on merit, on performance,” said Loubna Maachi, a junior at BHS. “A lot of these teachers are outstanding performers.”
As rowdiness increased in front of the high school, Principal Richard Baccarella guided the students into Veterans Stadium, where Baccarella and the Mayor James Davis spoke with the students, On hand were State Senator Sandra Cunningham, Assemblyman Nicholas Chiaravalloti, and several council members.
Read our coverage of the January BOE meeting, when the Board made its first round of layoffs. Then at the March meeting, when the Board voted to raise property taxes and foreshadowed more layoffs to come. When the depth of the problem was beginning to surface, we published a report of state funding issues in urban school districts and Bayonne’s efforts to fix them.