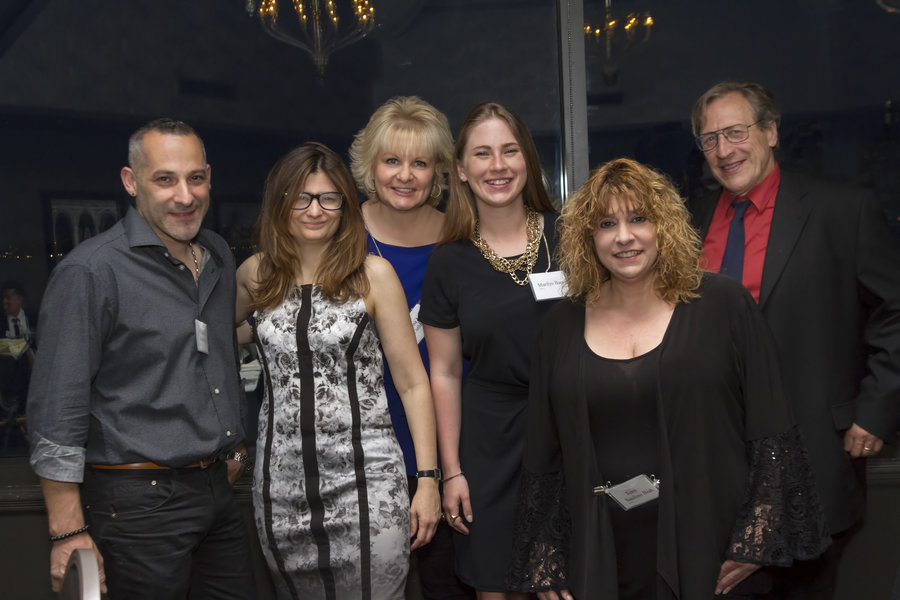 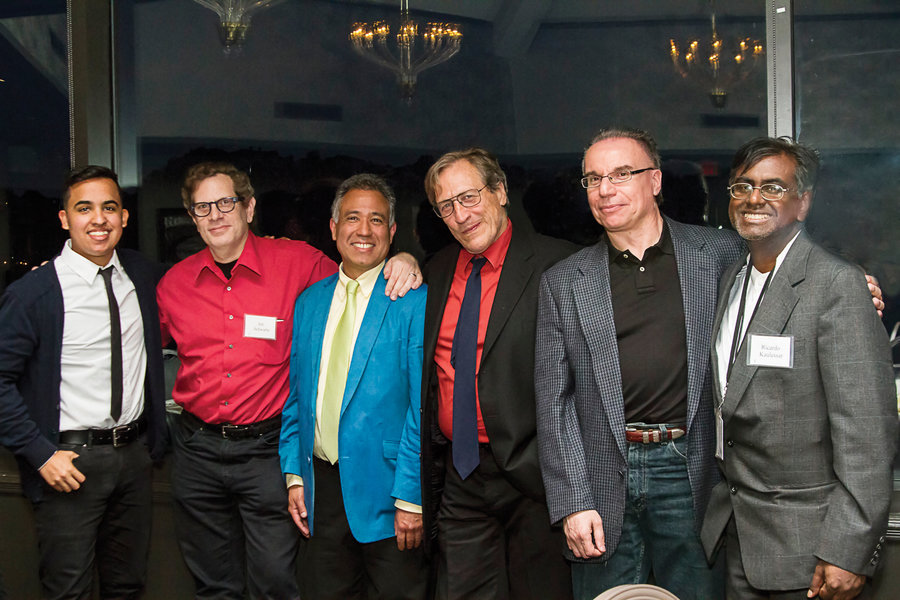 The reporters and graphic artists for the Hudson Reporter newspapers recently won 11 writing, 12 photography, and six layout awards in the prestigious 2016 Memorial Journalism Awards run annually by the Garden State Journalists Association.
The newspaper chain, founded in 1983 in Hoboken and now based in Bayonne, publishes eight newspapers: The Hoboken Reporter, Bayonne Community News, Weehawken Reporter, Jersey City Reporter, Secaucus Reporter, North Bergen Reporter, Union City Reporter, and the West New York Reporter.
The company also publishes the life-style magazines Hoboken 07030, Jersey City Magazine, and Bayonne – Life on the Peninsula.
The winning stories and photos can be found on hudsonreporter.com.
The winners will be honored May 24 at the awards dinner at The Chart House in Weehawken.
The chain also won several awards in the New Jersey Press Association competition held in January.

In the news category, Hoboken beat reporter Marilyn Baer and Editor Caren Matzner were awarded first place in the Print/Series category for a series of stories in The Hoboken Reporter covering the deadly train crash in the Hoboken train station last September.
It was also announced late last week that Marilyn Baer won “Rookie of the Year” in a different contest statewide for a packet of stories including her train crash coverage (see below).
The staff’s writing also garnered another first place, this time in the Print/Spot News category. Al Sullivan and Rory Pasquariello shared a byline for a story in The Jersey City Reporter headlined “The ‘I’m not telling you’ vote.” The story proved prophetic, as it highlighted the lack of national election signage locally.
In Print/General News, Sullivan was awarded first place for a story in The Jersey City Reporter, “The first day of her real life,” profiling local transgender woman’s first day back at the job in Jersey City that she previously did as a man. He also received first place in the Print/Review category for a restaurant review in The Jersey City Reporter titled, “Trust Me: Honsho offers a very special sushi experience,” a portrait of a restaurant in Jersey City carrying on a long-standing Japanese tradition.
And a major award, the Hildy Johnson Award for public service, was given to former staff writer Joseph Passantino for an article in the The Weehawken Reporter, “Smack surges in Hudson County,” a survey of how heroin use has spread in Hudson County.
The reporters also had a good showing in second and third place in some categories.
In the Print/Investigative Reporting category, Sullivan and former reporter Joseph Passantino received second place for “Electronic cheating?” in the Bayonne Community News, about a school district investigation into possible smart phone cheating on school exams.
In the Print/Feature category, Sullivan received a third place honor for “Seeking the sea,” describing a movie that depicted fulfillment of a cancer victim’s last request. It appeared in The Jersey City Reporter.
Former Hoboken staff writer Steven Rodas, who was succeeded by Baer in the Hoboken beat, placed in three categories. In the Print/General News category, he was awarded second place for “Into the blizzard, then gone …” in The Hoboken Reporter, about a missing man. He was awarded second place in the Print/Series category for a story in The Hoboken Reporter, “Washington Street Renovation,” and for Print/Investigative Reporting, he received third place for a story in The Hoboken Reporter headlined, “Fixing problems in public housing projects,” examining how politics roiled the local Housing Authority board of trustees.
Former North Hudson beat reporter Art Schwartz placed third in the Print/General News category for an intriguing North Bergen Reporter feature story titled “From ‘jungles’ to village’,” describing how a box found in a closet revealed the fascinating history of a federally constructed North Bergen neighborhood.

Writers for The Hudson Reporter also won a number of awards from the New Jersey Chapter of the Society of Professional Journalists for work done in 2016, awards announced late last week. They were:

Local Journalism, Wilson Barto Rookie of the Year
First Place, Marilyn Baer, for three different stories: “15 years later,” “Where are the answers,” “Every rider needs to be safe and secure.” The Hoboken Reporter. The judges commented, “Marilyn did an excellent job reporting on a tragic crash that claimed the life of a mother. Marilyn tackled a difficult topic with expertise, tact and compassion, which isn’t an easy task. She asked the right questions and continued to elevate the story.”

To find out more, email editorial@Hudsonreporter.com and put your town in the subject head.

Pride on the Peninsula