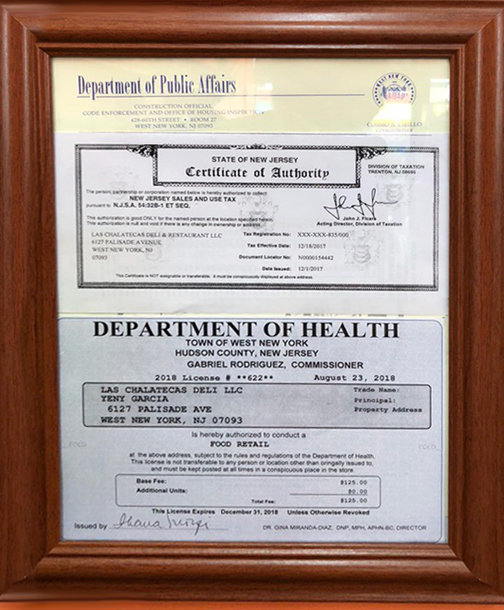 The West New York Board of Commissioners adopted an ordinance last month to dissolve the town’s Health Department and enter a shared services agreement with North Bergen, a move the town claims will save residents money and offer them improved health services. The West New York commissioners also voted to terminate their town’s health officer in May in order to prepare to share services.
However, a lawyer representing the fired official has blasted the measure, and others have said it may be related to a larger political battle between factions of the Democrats.
The shared services agreement took effect on Sept. 8.
“Municipalities all over the state have a mandate to consolidate services where possible in order to reduce the burden on taxpayers,” West New York town spokesman J.P. Escobar said in a statement.
However, the lawyer representing West New York former Health Department officer Gina Miranda-Diaz blasted the measure and alleged it is a political move by West New York commissioners he charges are under control of powerful North Bergen Mayor Nicholas Sacco (who is also a state senator). The lawyer claimed that the agreement will make it harder for West New York to serve its constituents.
Referring to West New York Commissioners Cosmo Cirillo, Margarita Guzman, and Gabriel Rodriquez – who voted for the agreement – as the “Sacco Commissioners,” attorney Louis Zayas said they “shamelessly put the safety and health of the people of West New York at risk, because of politics. They’re dismantling a department to replace it with politically-connected North Bergen employees.”
Miranda-Diaz filed a lawsuit against those commissioners in June, alleging her firing was politically motivated. She is married to Roque’s top aide, Manny Diaz.
The suit alleges that Miranda-Diaz’s termination stemmed from the battle over the Hudson County Democratic Organization’s chair position in late spring. Sacco supported Jersey City school board member Amy DeGise’s successful run for that position, heading the county’s longtime Democratic political organization. West New York Mayor Felix Roque opposed DeGise.
Those battle lines mirrored the larger, ongoing countywide war over the 2019 Hudson County Executive election launched in March, when Jersey City Mayor Steven Fulop and Union City Mayor Brian Stack announced they would oppose Executive Tom DeGise’s reelection efforts.
Sacco is also backing Tom DeGise, but Roque is not.
This split has resulted in Cirillo, Guzman, and Rodriguez – who are also backing DeGise – at apparent odds with Roque, even joining a ticket called West New York Stability 2019 to oust him in next year’s municipal elections.
“As a result of the above political warfare in Hudson County, the three West New York Commissioners broke rank with Mayor Roque and joined political forces with Mayor Sacco,” Diaz’s suit alleges.
“Given their majority, the Sacco Commissioners took control over the government, rendering Mayor Roque to a minority role in government.” Consequentially, the suit alleges, the commissioners began targeting Diaz because she supports Roque politically rather than Sacco.
Zayas is also alleging that the shared-services agreement is “a clear legal maneuver to retaliate not only against Gina Diaz, but most of the [health] department, which are non-political supporters of Mayor Sacco.”

He disputes the town’s claims the agreement will save money, saying if they wanted to cut costs, they should be looking at their contract with engineering firm Remington, Vernick, & Arango Engineers.
“If the Sacco Commissioners were truly interested in saving money, they would hire a town engineer and save close to half a million dollars in revenue.”
North Bergen also won’t be able to provide the same level of services as Diaz and her department, Zayas argues.
“That’s the last area that you want to cut corners,” he said. “If the town wants to save money, there’s a lot of other areas they should look at instead.”
Escobar countered that West New York is saving more money with Remington than its previous engineering firm. He went on, “The frivolous lawsuit filed by Mr. Zayas and his public statements are an attempt to demonize a forward-thinking and progressive shared services policy. His vitriolic attempts to stop this policy from being implemented and preserve a current system that unfairly overburdens West New York taxpayers will not succeed.” Cirillo refused to comment on Zayas’ allegations when approached by a reporter at the recent opening for the new High Tech High School, saying the matter remains under litigation.
The West New York commissioners also passed a measure at their Aug. 22 meeting to name North Bergen Health Officer Janet Castro as West New York’s interim environmental health specialist, placing her in charge of routine and emergency health inspections. They said this was necessary because of the sudden departure by the town’s former specialist, a different person than the health officer. 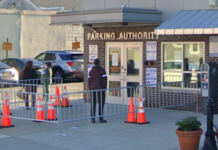