On November 6th the residents of Hoboken will have an opportunity to return Hoboken local municipal elections to majority rule by voting “yes” on Municipal Ballot Question #1 which asks:

“Shall runoff elections be held in the City of Hoboken as permitted by the Uniform Non-Partisan Election Law.”

In 2012 the voters of Hoboken changed our voting system to plurality voting, also known as, winner takes all. What this means is that, currently, candidates for elected office in Hoboken do not need to receive the support of the majority of the voters to win an election. Since 2012, we have seen a concerning drop in the percentage of the vote by which candidates are winning.

The result of the 2012 change is not democracy in action. It is an alarm bell.

Over the last six years we’ve already experienced some of the biggest problems associated with plurality voting such as candidates engaging in vicious campaigning (even by Hoboken’s standard) against candidates who hold similar views to their own and, thus, threaten their base of support. Such malicious campaigning does not serve the best interests of the residents of Hoboken because it draws attention away from serious discussion on policy concerns facing the community.

In the long run, winner takes all elections contribute to a narrowing of political power into the hands of entrenched, monied candidates who are deemed to be the frontrunners while residents are warned not to waste their vote on ‘candidates that can’t win’. Otherwise viable independent candidates are labeled as spoilers and the electorate is bullied away from candidates that could attract a new pool of voters. As a result, over time we could easily see a decline in voter turnout as elections turn into mere slugfests without any issue-oriented public debate.

Under majority rule, when no candidate secures 50% + 1 of the votes, Hoboken residents vote again in a runoff election between the top two vote getters. Those two remaining candidates have the opportunity to secure support from residents who voted for candidates that did not make the runoff.

I can’t understand why anyone in Hoboken thinks this is a bad thing. Nor can I understand how anyone thinks that voting in a runoff is a burden. I’ve heard residents that oppose reinstating runoffs want to replace what we have with ranked choice voting (RCV) also referred to as instant runoff. While RCV could be an alternative path to majority rule, it is not currently a legal option. Unless and until RCV is a viable option, runoff elections are the only available path to majority rule in Hoboken.

Our elected officials should have the support of a majority of the voters, not simply more than each of the other candidates. Who in their right mind would prefer anything less?

On November 6th I urge everyone to vote “yes” on Hoboken Ballot Question #1 to return majority rule to Hoboken. 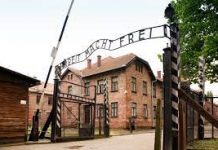 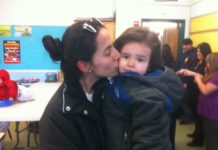