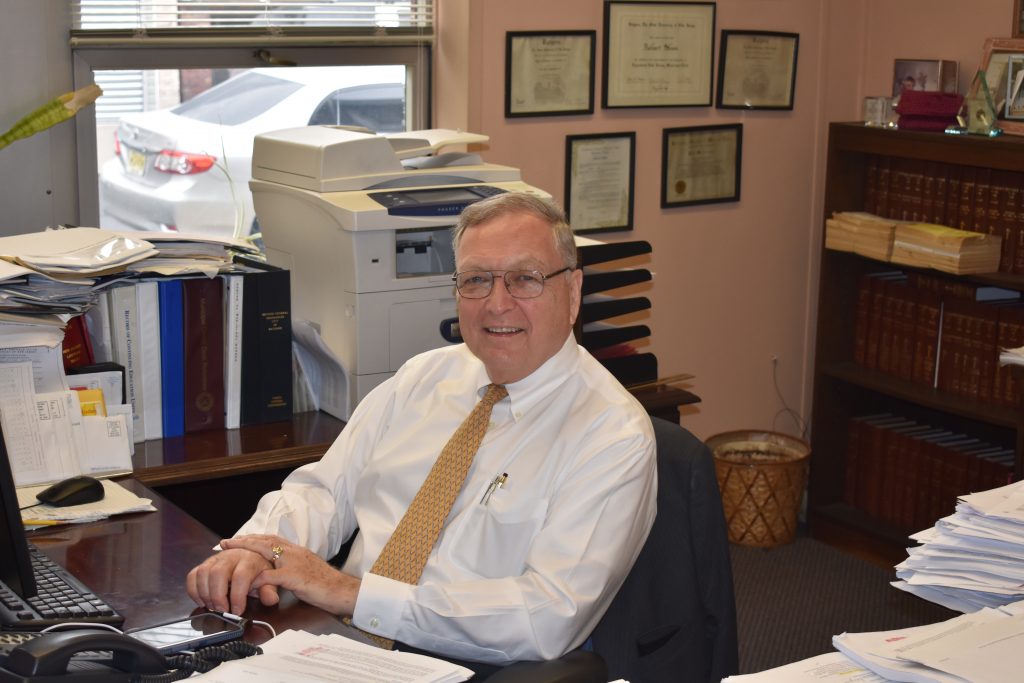 Bob Sloan, who worked as city clerk for 40 years, is retiring at the end of May.
× 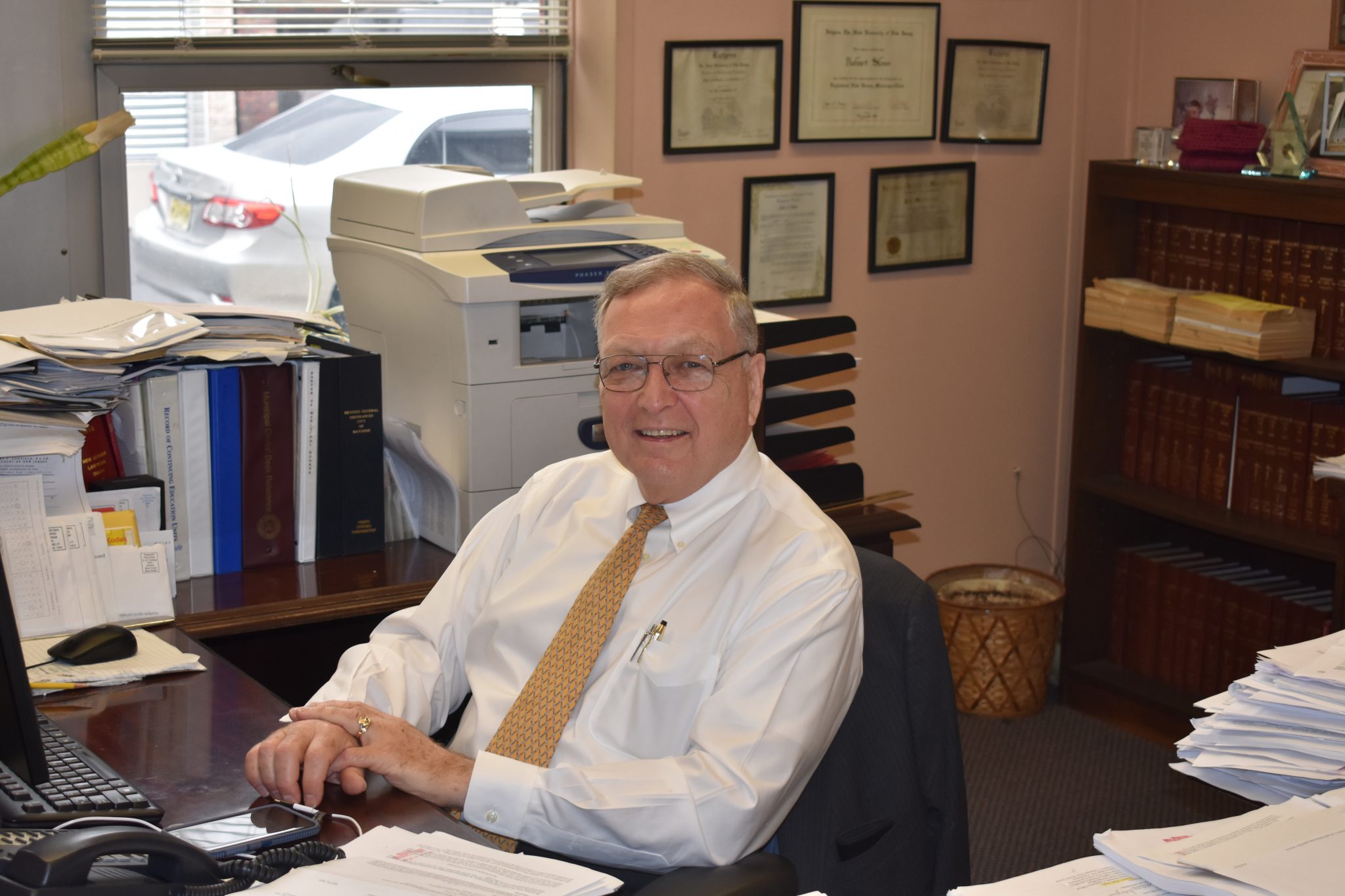 Bob Sloan, who worked as city clerk for 40 years, is retiring at the end of May.

Robert Sloan may be known to most as the guy who reads aloud the ordinances at Bayonne City Council meetings and chimes in with a joke or two when meetings get tense.

For the past 40 years, he’s been the administrative engine that kept city hall running.

Sloan has a big cherry-wood desk at city hall, piled with stacks of paper, the kind of organized chaos only a lawyer like him could navigate. He was one of only two city clerks in the state with a law degree when he took over the job from his predecessor, Jack Lee, in 1978.

In 1975, former Mayor Dennis Collins hired him as the assistant city attorney fresh out of Rutgers Law School. When Lee retired, Collins offered the job to Sloan.

“I stepped into this, and it’s great. I find it absolutely fascinating.” — Robert Sloan

“I took the job because eventually, you get tenure,” Sloan said. “So it was job security in a decent job that pays well with good benefits. I found it really interesting. The funny thing is, when I was in law school, I took a course in state and local government. It was the most boring course ever, with the most boring professor. I told myself ‘I know I’m not getting into government law.’ Then I stepped into this, and it’s great. I find it absolutely fascinating.”

When Sloan took over as city clerk, seven people worked in the clerk’s office and used electric typewriters. Sloan introduced word processors before the advent of the personal computer. He reorganized the filing system and generally made the office more efficient.

The most trying time for Sloan was when the city was challenged in court for appointing Sloan as the city law director while he served as city clerk. The city won that suit. Sloan served in both roles for seven and a half years. It was one of the first times one person served as both a city clerk and a law director, partly because it was so uncommon for a city clerk to have a law degree.

Vital statistics and liquor licenses take up a lot of the clerk’s time and energy. At times, the job can be frustrating. Sloan said it’s highly “statute-driven” and compares it to his time in the Army Reserves.

“They told us you can’t take a crap without an order,” Sloan said. “Municipal government is like that. You can’t do anything without some authorization for it. Finding the authorization and the reason to be able to do something is interesting as a lawyer.”

Sloan could have retired earlier. He admits he stuck around to beat out his predecessor as the longest-serving clerk. But retirement will not include a beach house in Florida. In fact, he’s not retiring from work at all. He plans to dedicate his time to his law firm, which is across the street from city hall, where he practices real estate law.

“I think I’ve run the office with trust,” he said of his city hall gig. “It hasn’t been political.”

Madeline Media, the assistant city clerk, will take over for Sloan starting in June. Talk about making history, she will be the first woman city clerk in Bayonne’s history.