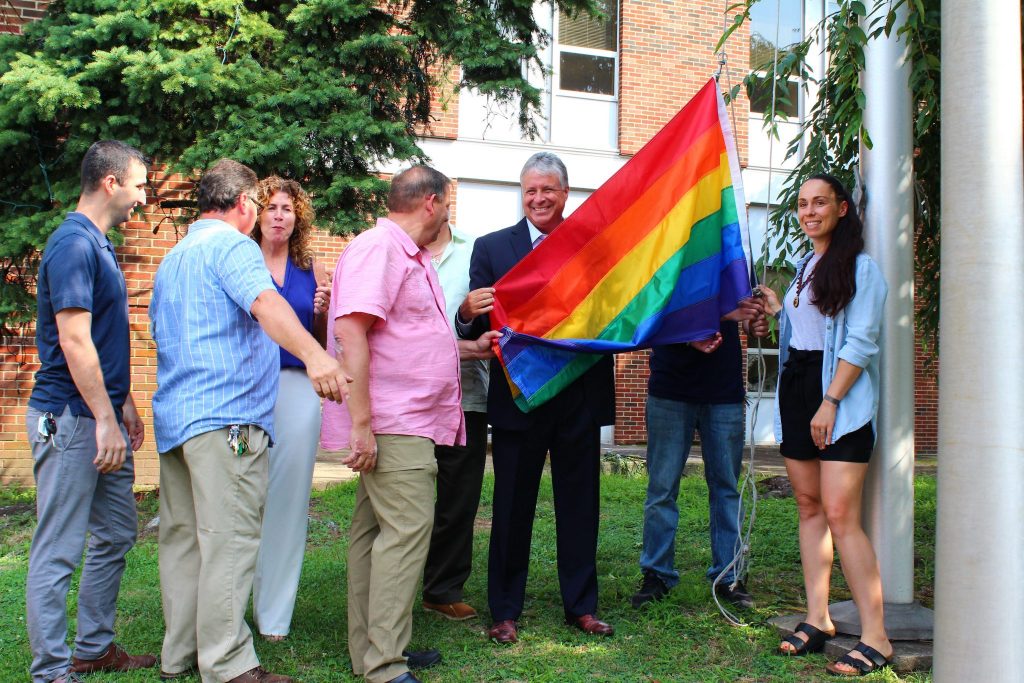 Mayor Davis and city officials took part in a flag raising ceremony to kick off Hudson Pride Month in 2019.
× 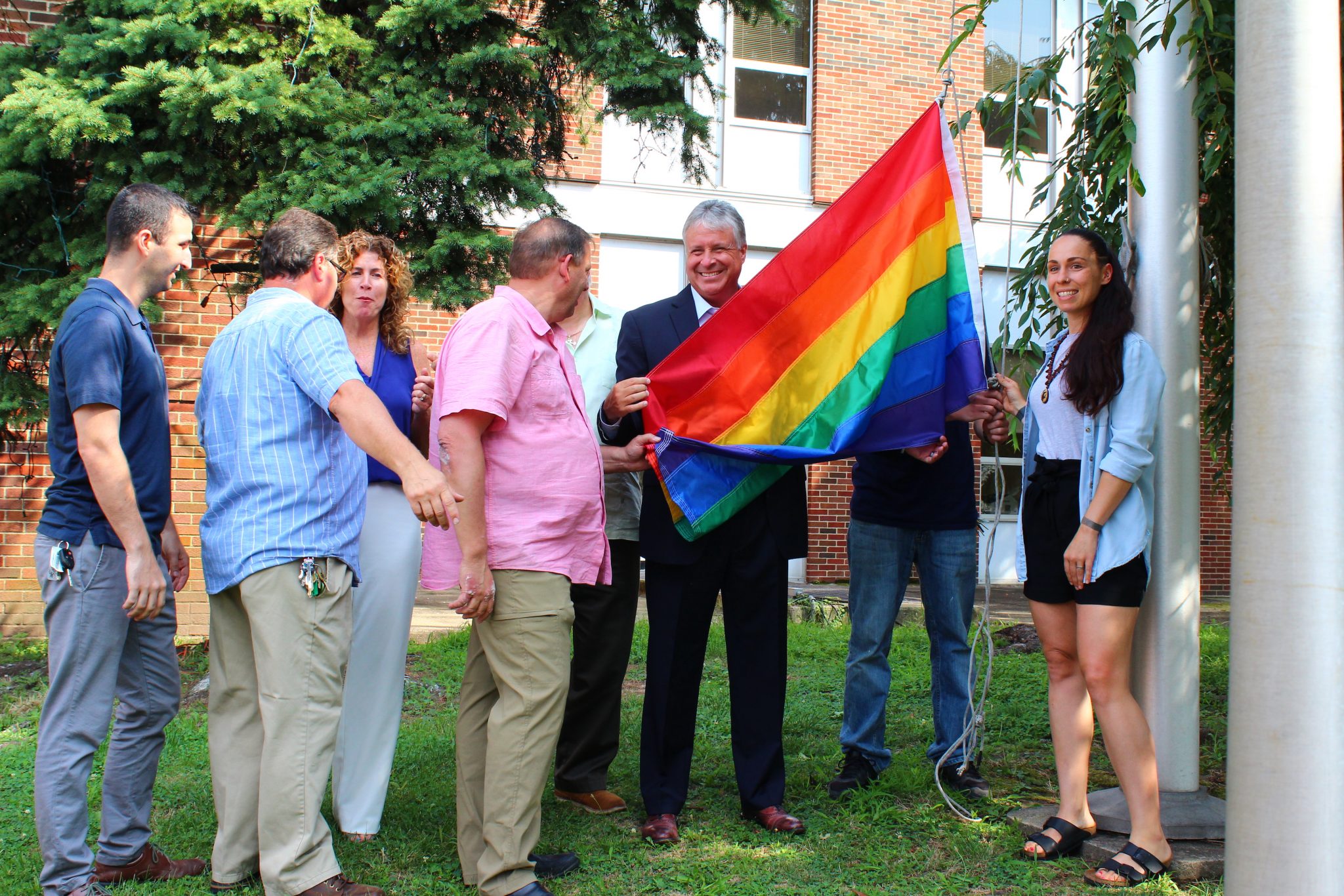 Mayor Davis and city officials took part in a flag raising ceremony to kick off Hudson Pride Month in 2019.

A new state-mandated LGBTQ curriculum will be implemented in Bayonne schools starting next school year.

According to the resolution, the Boards of Education across New Jersey are required to include and adopt instructional materials that accurately portray persons with disabilities and LGBTQ individuals.

The Bayonne Board of Education must include instruction on the political, economic, and social contributions of persons with disabilities and LGBTQ people, in an appropriate place in the curriculum of middle and high school students as a part of the district’s implementation of the New Jersey Student Learning Standards.

The resolution states that the implementation will take effect in the 2020 to 2021 school year.

Before heading into the classroom, teachers from Bayonne High School will undergo training to properly educate students about LGBTQ history. Select teachers will be chosen to participate in the LGBT Curriculum Training on March 30.

The resolution was adopted by the Bayonne Board of Education after the Feb. 25 meeting. However, the board did not vote on the matter because the curriculum is mandated by the state.

Board of Education clarifies the situation

Some residents who attended the meeting were angry at the board for refusing to take a vote on the matter after hours of comments in opposition to the curriculum.

Bayonne Board of Education President Maria Valado told the public at the meeting that her hands were tied because the implementation of the new LGBTQ curriculum is required by the state.

A day after the meeting, Vice President of the Bayonne Board of Education Christopher Munoz clarified the curriculum in a statement.

According to Munoz, the Bayonne Board of Education trustees do not have the authority to usurp a state mandate. In addition to ironing out details related to the state mandate, Munoz also clarified the content of the new curriculum.

“I want to make this clear to everyone. There is no special class for this curriculum,” Munoz said. “I heard someone say last night, ‘I do not want my kids to take the “Gay” class.’ There is no such thing.”

“The curriculum is no different than discussing contributions of other minority groups,” Munoz said.

Munoz said the curriculum does not glorify any lifestyle or sexual orientation, a rebuttal to comments made by religious residents at the meeting who oppose the LGBTQ “lifestyle.”

At the meeting, outraged residents opposed the new curriculum claiming that the information will “confuse” their children who will be taught LGBTQ curriculum at a young age.

According to Munoz, the curriculum basically acknowledges that LGBTQ individuals are a part of society and have been throughout history.

Many historical figures who will be represented in the LGBTQ curriculum are already in the current curriculum without noting the persons’ LGBTQ status.

One figure who comes to mind is Alan Turing, a gay British code-breaker who helped decrypt the Nazi’s encryption machines that were used to transmit war plans. According to the BBC, his efforts significantly helped the Allies secure victory in World War II. However, many are unaware that he was gay.

The Jersey City Board of Education trustees heard a myriad of comments from the Muslim and Coptic Christian congregations who opposed the state-mandated LGBTQ curriculum during a roughly five-hour monthly meeting on Jan. 30.