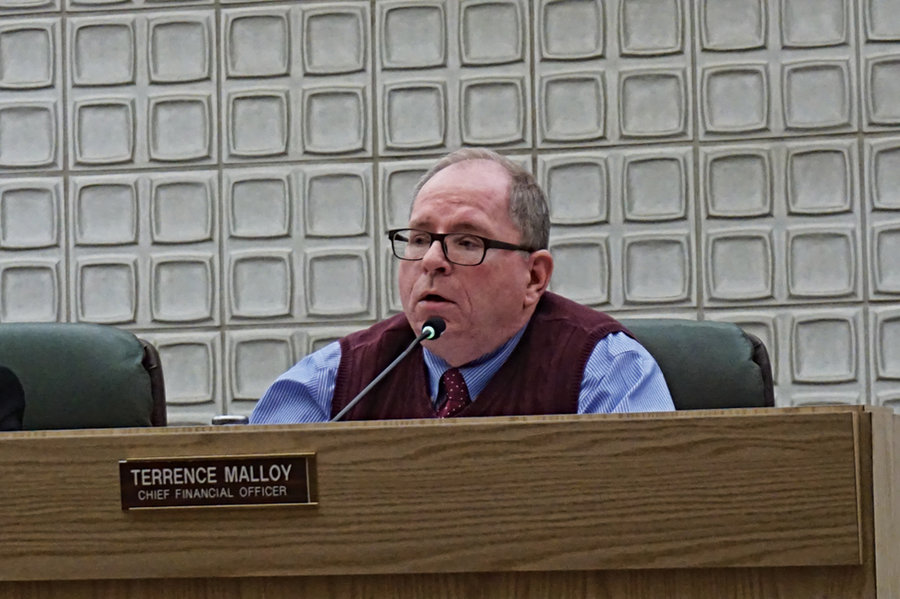 He’s been Chief Financial Officer and Finance Director and was mayor from October 2007 to November 2008.

At countless council meetings, he has explained budgets, taxes, policies, and personnel matters.

“Every Mayor and City Council Member since the 1980s has relied on his wisdom and expertise,” said Mayor James Davis. ” … We wish him many happy years of retirement.”

Street-sweeper parking enforcement to be reinstated

Mayor James Davis said that the city will resume street-sweeping enforcement in May. The city will offer a week’s grace period, during which anyone found in violation of street-sweeping parking regulations will be given just a warning. Tickets will be issued beginning the week of May 11.

Board of Education elections stay in June

While the resolution was drafted by Trustee Michael Alonso, it received no support for a motion to vote, not even from Alonso himself.

The resolution was therefor tabled.

Renovations at Dennis Collins Park postponed due to COVID-19

Municipal park renovations planned at Dennis Collins Park have been postponed due to the COVID-19 pandemic.

The contractor, PPG, has suspended operations to prevent Coronavirus exposure for workers.

PPG will let the city know when it plans to resume renovations.

Repaving has resumed on designated streets

The Bayonne Office of Emergency Management (OEM) announced that the road resurfacing project resumed on April 27.

Repaving on Avenue E between 45th and 50th Streets was completed on April 28.

Robo-calls have been sent to residents notifying them of the resumption in nearby paving projects.

Residents are advised to obey all “No Parking” signs. Vehicles that have not moved will be towed at the owner’s expense.

Residents should monitor the OEM Twitter page for updates.

Busy intersection gets another left-turn lane