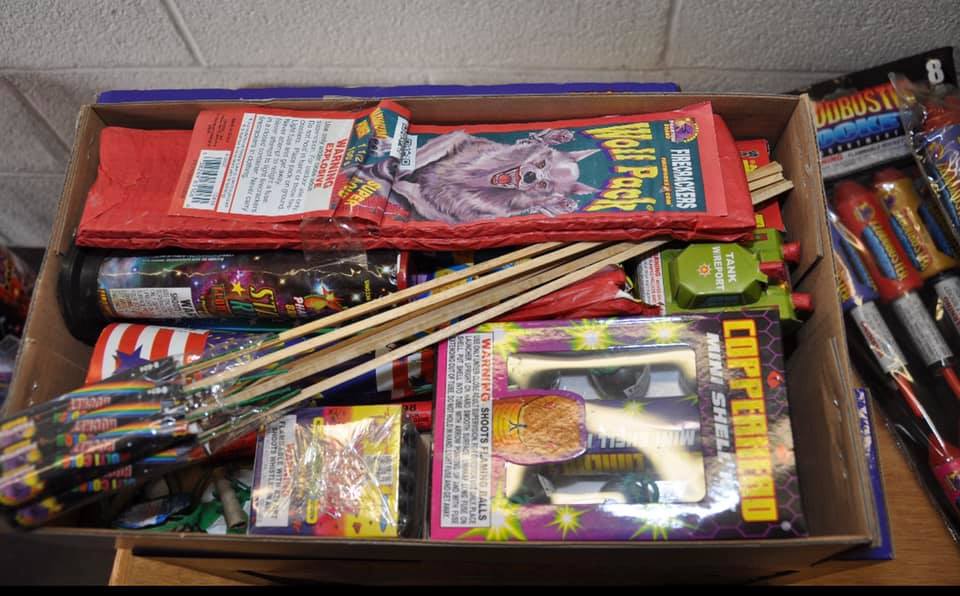 Illegal fireworks seized by the Bayonne Police Department during a crackdown in 2020.
×

Illegal fireworks seized by the Bayonne Police Department during a crackdown in 2020.

Union City’s crackdown on illegal fireworks came after an “overwhelming” increase in noise complaints in 2020. According to the city, the complaints ranged from noise to potential fire hazards

The Board of Commissioners recently passed an ordinance placing an 8- to-10 p.m. curfew on shooting fireworks, effective June 28.

No fireworks will be permitted on public sidewalks, streets, or roadways. All explosive and aerial fireworks are illegal in New Jersey.

Violations of the city ordinance can result in $250 fines or court appearances.

The ordinance is not intended to limit the sale or use of legal sparklers and other novelty fireworks, according to the city. It’s meant to prevent “improper use, noise disturbances, and to protect people and or property.”

According to Erin Knoedler, a Union City spokesperson, the ordinance aims to address resident concerns about the nonstop fireworks barrage.

“This ordinance provides additional means for the city to address local issues that arise from the illegal use of fireworks within the city,” Knoedler said in a statement. “Where a novelty item is permitted by state law, it is permitted to be used in a safe manner.”

Union City joins other municipalities in the county that have sought to crackdown on illegal fireworks since last year.

Man turns himself in for involvement in alleged Secaucus hit and...