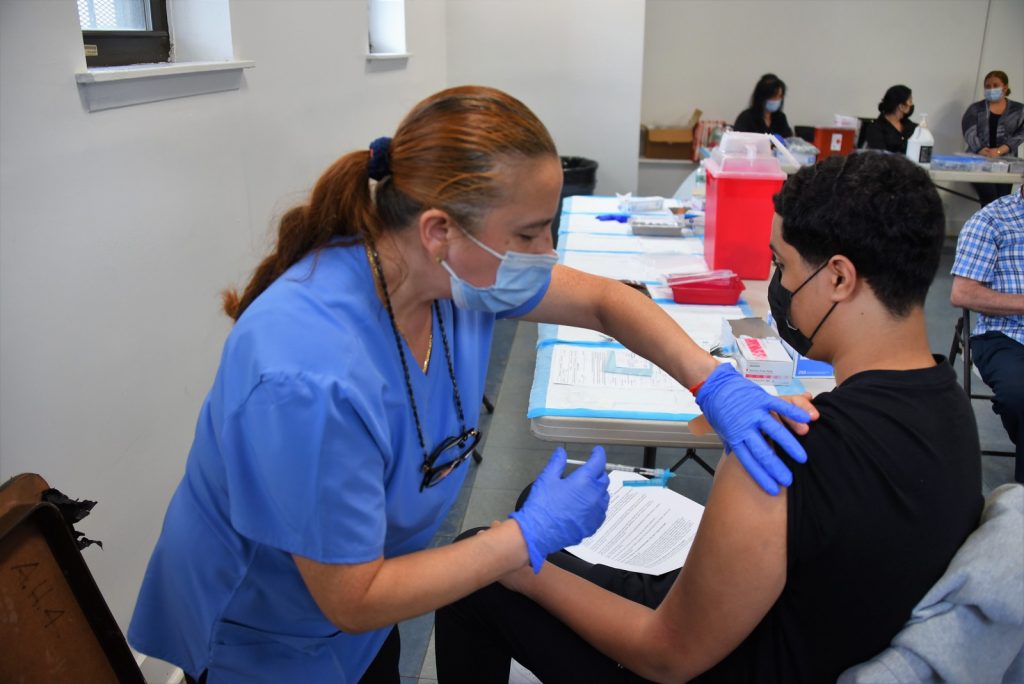 A healthcare worker administers a vaccine at a popup clinic at the Floral Gardens building in North Bergen. Photo by Art Schwartz
× 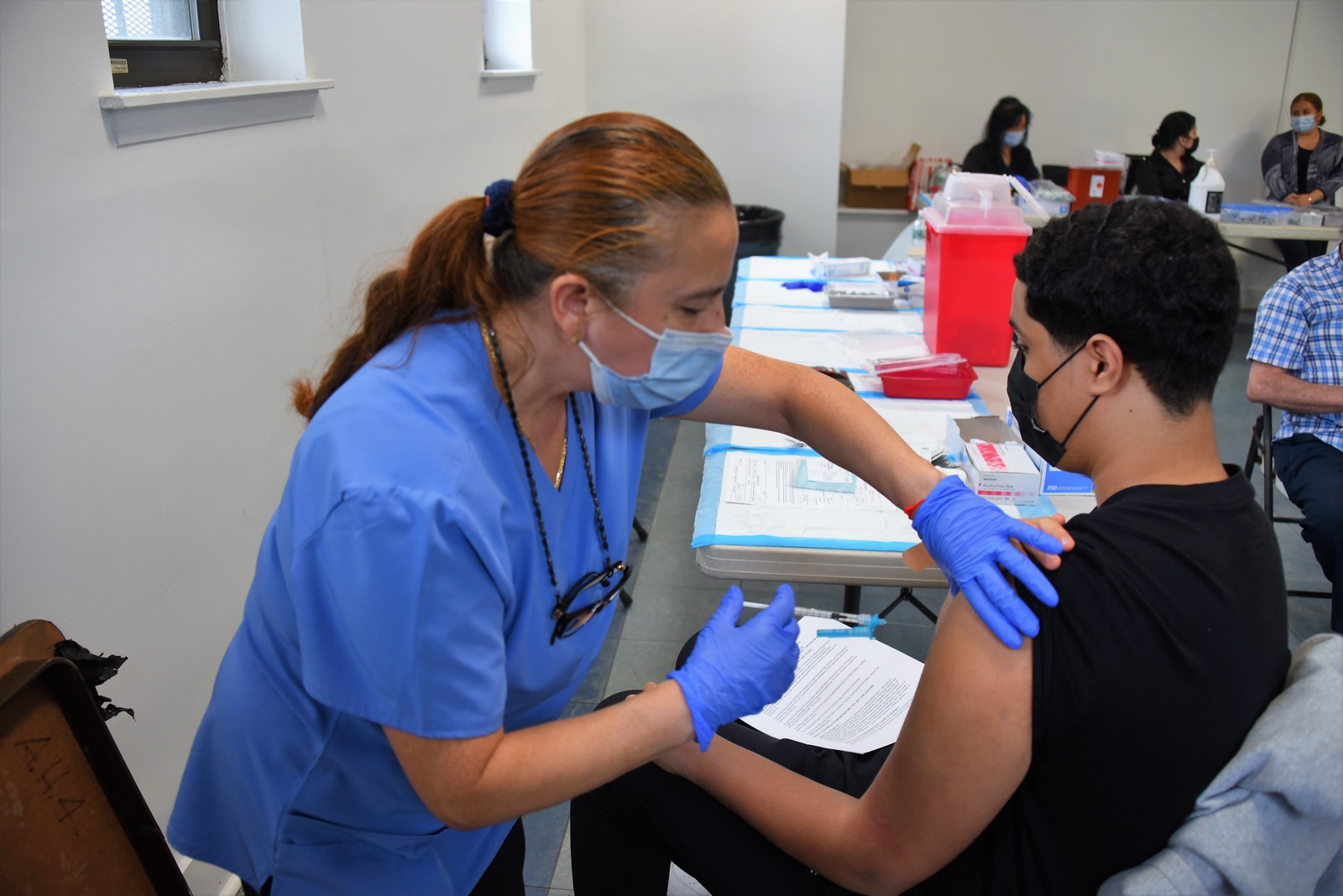 A healthcare worker administers a vaccine at a popup clinic at the Floral Gardens building in North Bergen. Photo by Art Schwartz

According to Mereos, in recent weeks, North Bergen and Union City have been witnessing “spikes” in COVID-19 cases.

“It’s a bit of a spike up than what it was earlier in the summer,” Mereos said. “You’d get typically about less than eight cases a day.”

The other four municipalities are averaging four to eight cases a day. “Once that number reaches double digits, that raises an eyebrow.”

In Union City, the recent uptick was primarily among the unvaccinated adults and children.

Mereos said the same can be said of North Bergen, although she hadn’t yet spoken to the disease investigator.

The surge is also due to the Delta variant.

Those who are vaccinated still get sick, known as “breakthrough cases.” Mereos said the state has advised health departments to focus on contact tracing clusters and outbreaks.

According to Mereos, vaccination rates are in the 70-plus percentile in most municipalities.

In North Bergen, 68 percent of adults are fully vaccinated, and 78 percent have received at least one dose.

In Union City, 66 percent of adults are fully vaccinated, and 78 percent of have received at least one dose.

Mereos said that Secaucus, Weehawken, Guttenberg, and Harrison have achieved over 70 percent in adults who are fully vaccinated and those who have received one dose.

In Weehawken, 72 percent of adults are fully vaccinated; 81 percent have received one dose.

In Harrison, 73 percent of adults are fully vaccinated; 82 percent have had at least one dose.

“When I first started here, they were in the low 60s,” Mereos said. “It has come a long way in five months. For Union City and North Bergen, being the most populous of the municipalities to get to that number is great.”

But there is more work to be done.

“We’re going out into the community for outreach efforts,” Mereos said.

“Getting your COVID-19 vaccine protects against being hospitalized, ICU admissions, and even death,” Mereos said.

She said the vaccine is safe and effective, and free regardless of insurance or immigration status.

“The sooner we reach that 70 percentile of having both doses, things could get back to a sense of normalcy,” Mereos said.

“Avoid those who are ill, and stay home if you are ill.”

Vaccination efforts have focused on bringing the vaccine to the community with mobile popup sites.

Sites have popped up at the outdoor movie night in North Bergen on Tuesdays and the Braddock Park Farmers’ Market, where Mereos has seen up to 90 residents get vaccinated in a single day.

She is trying to establish a popup site at the monthly flea market.

“That is all subject to change due to weather, but we are making ourselves very accessible out in the community,” Mereos said.

Mereos thanked the North Bergen Health Department, whose vaccination site at the recreation center has distributed vaccines to the other five municipalities.

Union City is focusing on getting over the 70 percent hump. The other towns have already met that goal and are on par with the county.

Vaccination efforts are targeting the 12-to-17 population. Mereos said that county health officers and school superintendents met to discuss the push.

“People have been coming around to getting vaccinated,” Mereos said. “I think people are coming around, especially with the Delta variant.”

Since the beginning of the pandemic, as of Aug. 11, there were 334 deaths in North Bergen, 327 deaths in Union City, 71 deaths in Secaucus, 29 deaths in Weehawken, 47 deaths in Harrison, and 49 deaths in Guttenberg.

WNY cases on the rise

In West New York, cases have been increasing, according to Health Officer Michele O’Reilly.

The main causes are unvaccinated residents, and Delta variant.

“We have a very aggressive door-to-door campaign and going out to schools through our Strengthening Local Public Health Capacity Grant,” O’Reilly said. “They were able to identify vulnerable populations through our vulnerable outreach coordinators. They were able to go door to door to those areas to hand out flyers, and increase vaccination rates.”

Students get the jab

The town has joined other municipalities in urging students to get vaccinated before school starts, wear masks, and follow CDC recommendations.

“Some of the cases we are experiencing are breakthrough cases, which means they were vaccinated and they did test positive,” O’Reilly said. “In those cases, we are seeing mild symptoms, which does show that the vaccines do work to a certain extent.”