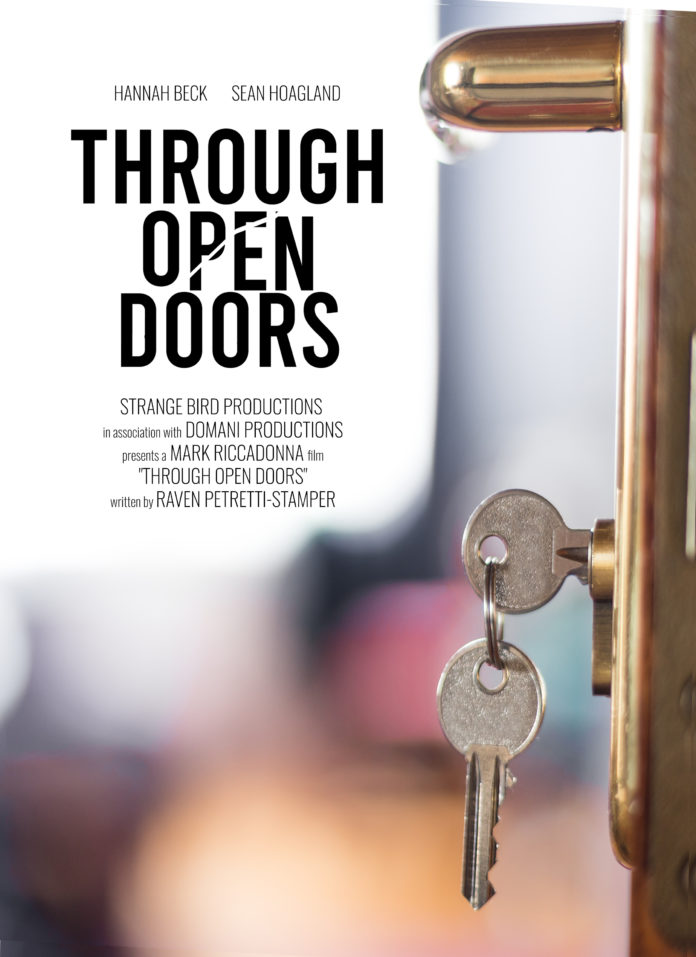 Raven Petretti-Stamper, of Strange Bird Productions, has won a prestigious Award of Merit, Special Mention for Film Short and an Award of Merit for Script/Writing from The Best Shorts Film Competition.

The award was given for Raven’s genre-defying drama, “Through Open Doors,” a story about a woman returning home after a year away, who walks into the wrong apartment and has a chance encounter with a handsome stranger. “Through Open Doors” was directed by Mark Riccadonna and features Hannah Beck and Sean Hoagland. The movie was filmed at the historic Dixon Mills building in Jersey City where Raven resides.

“We were so pleased to be nominated for film short, directing, acting and writing but over the moon to find out we won in all the categories we were nominated in. It’s an amazing feeling to know my first movie is being seen and recognized by respected companies like Best Shorts Competition.”

The Best Shorts Competition recognizes film, television, videography and new media professionals who demonstrate exceptional achievement in craft and creativity, and those who produce standout entertainment or contribute to profound social change. Entries are judged by highly qualified professionals in the film and television industry. Information about Best Shorts and a list of recent winners can be found at www.BestShorts.net.

In winning a Best Shorts Award, Raven joins the ranks of other high-profile winners of this internationally respected award including Academy Award winner “Mr Hublot” from Laurent Witz from Luxembourg, 2021 Academy Award-nominee Doug Roland for the short film “Feeling Through,”  Disney Interactive for “Vinlymation: A Love Story” and so many more.