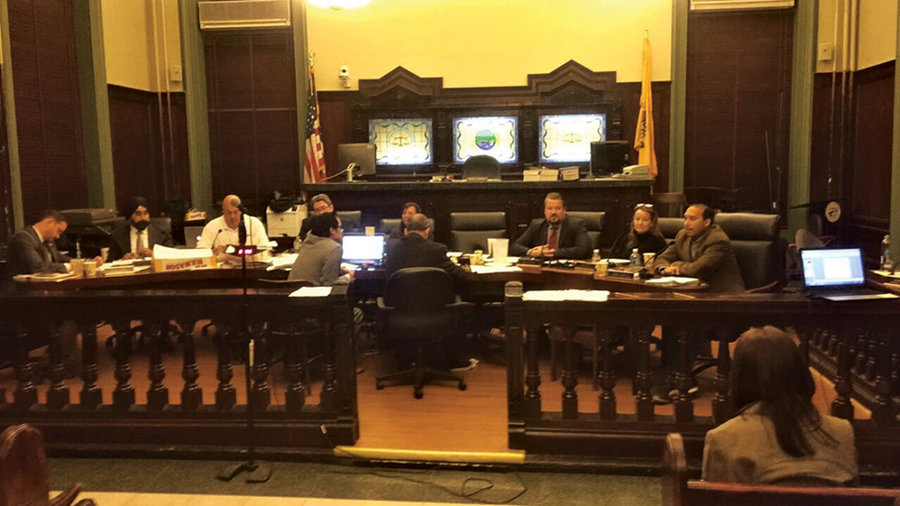 At Wednesday night’s whopping six-hour council meeting, the Hoboken City Council approved a resolution for a land swap and new combined substation for PSE&G, a “traffic calming” plan in the town’s southwest area, and the Hoboken Post Office Redevelopment Plan. Nearly 57 members of the public attended the meeting. The Hoboken City Council approved a redevelopment plan for the Hoboken Post Office property on lower River Street on Wednesday after roughly 18 residents commented. The plan specifies how a developer would construct a hotel on the parking lot behind the U.S. Post Office at 89 River St., while preserving the post office as a landmark, and allowing it to keep operating. Click here for more.

Less than 12 hours after a 19-year-old Jersey City man was gunned down and a 10-year-old girl was critically wounded on Ocean Avenue on Easter Sunday, life seemed back to normal on the street—except for a memorial set up for previous murders in the area. Hudson County Prosecutor Esther Suarez issued a statement on April 17 that gave some details of the crime and the suspects. Suarez said that on April 16, at approximately 10:05 p.m., Jersey City police officers, working in plain clothes, observed shots being fired in the vicinity of 379 Ocean Ave. in Jersey City. One man, Jimmy Gregory, 19, of Jersey City, was fatally shot during the incident, and was pronounced dead on the scene. A second victim, a 10-year-old girl from East Orange, was shot in the torso while sitting in a nearby vehicle. She was rushed to Jersey City Medical Center. Doctors performed surgery, and she remains in stable condition. Click here for more.

North Bergen is preparing to join nearby cities like Hoboken and Jersey City in creating a program in which residents can pick up a bike on the street and rent it for a few minutes or more. At their April 12 meeting, the Board of Commissioners adopted a resolution to begin seeking a contractor. “The bike share program provides a benefit to the township residents and visitors by providing access to bicycles that may be used for commuting or recreation,” the resolution reads. “Benefits may also include a reduced demand for parking and a reduction of vehicular traffic.” The town could also earn some money from the program. Click here for more.