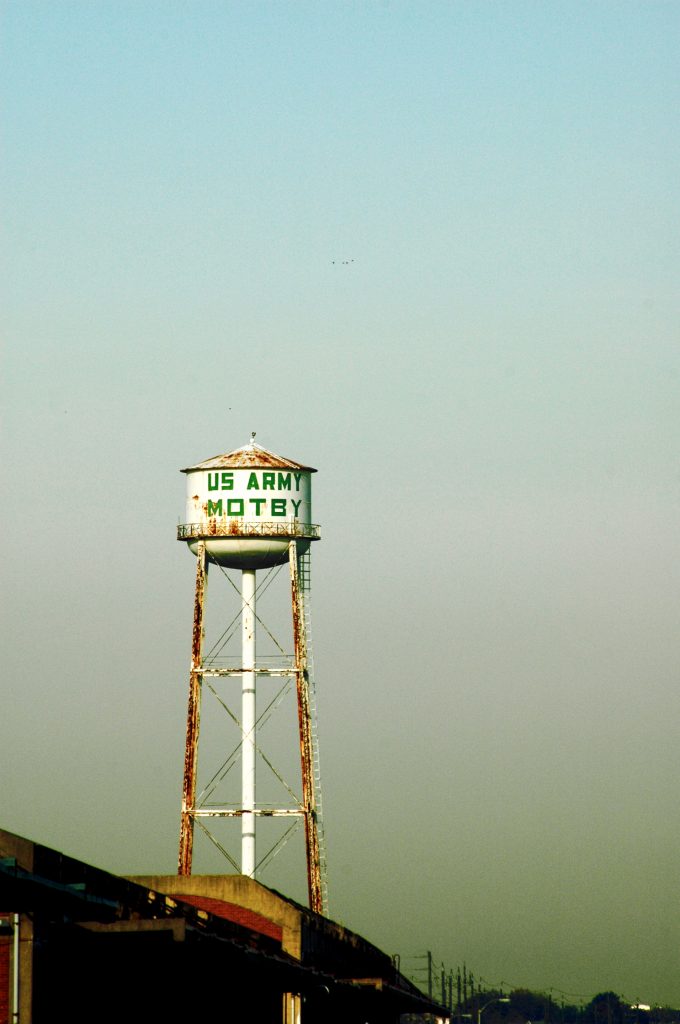 A controlled implosion is planned for area of MOTBY.
× 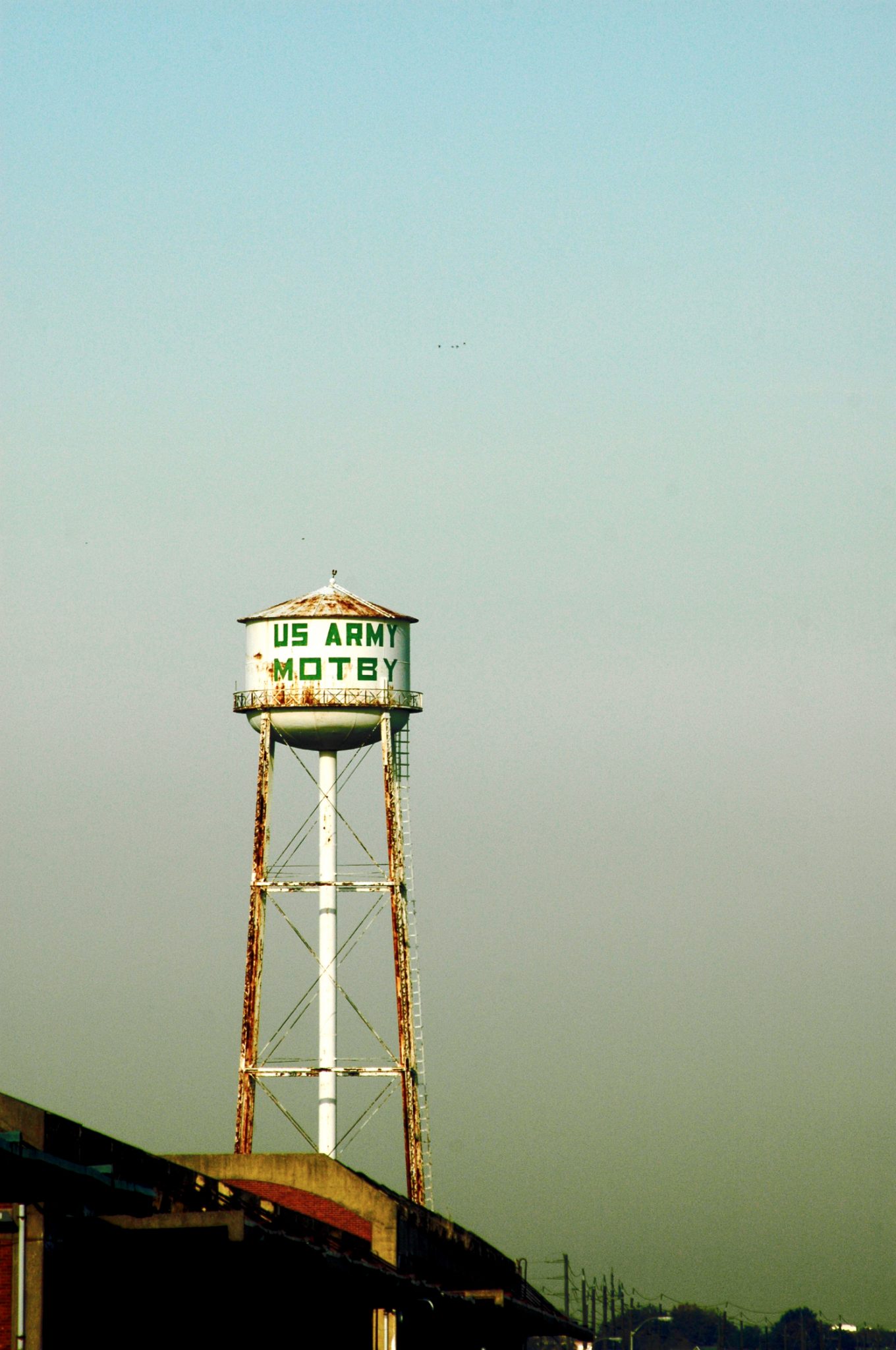 A controlled implosion is planned for area of MOTBY.

A water tower and smoke stack at the former Military Ocean Terminal Base (MOTBY) will be demolished on Friday, Nov. 30 at 10 a.m. to make way for the redevelopment of 1.6 million square feet of industrial warehouse space. Lincoln Equities Group purchased 153 acres of property in June for this purpose.

The public will not be permitted inside the security zone, which will surround the demolition site.

Man arrested in connection with report of shot fired

A police investigation into reports of a single shot fired in the area of 19th Street at 11 a.m. on Nov. 8 resulted in the arrest of a 31-year-old Bayonne resident, who was found with a .223 caliber assault rifle and a modified AK-47, and a 30-round magazine in his 19th Street home, according to the Bayonne Police Department.

An internal affairs investigation into a complaint that Bayonne police officers allegedly showed up at a man’s home at midnight concerning the placement of his trash cans found no wrongdoing on the officers’ part.

The complaint was filed in September after an argument between two households over when and where garbage should be taken out for pickup. The resident who filed the complaint, Ron Patti, said that officers questioned him about the trash cans and alleged that his neighbor, a police officer, summoned the other officers and that he received a letter in October stating the investigation was complete. The Bayonne Police Department declined to comment.

The Bayonne City Council hopes to call a special meeting before Thanksgiving to appoint a replacement for former First Ward Councilman Tommy Cotter, who resigned after being appointed as Director of Public Works for the city. City Council President Sharon Ashe-Nadrowski said that 18 people submitted applications for the position; the council is narrowing down their choices. Many believe the appointment will be Neil Carroll, the grandson of Neil Carroll,former Hudson County Executive and chief of staff for four congressmen in the U.S. House of Representatives from the 1960s to the 1980s.

Last November, NY Waterway bought the former Union Dry Dock site along the city’s northern waterfront for $11.5 million. They want to use the site for the repair, refueling, and maintenance of its large commuter ferry fleet, which brings commuters between New York and the New Jersey waterfront. The city has stated that they want the land for public open space.

This November, the American Legion Bayonne Post 19 will hold its third coat drive for homeless veterans after last year’s drive saw 50 coats donated. Post 19 teamed up with Community Hope, a Parsippany-based nonprofit organization that provides housing and services to the homeless and unsheltered in the state. New Jersey has an estimated 7,000 to 8,000 homeless veterans.

“In the military, we honor a longstanding tradition to never leave a soldier behind and to retrieve our wounded and bring them home,” said Mike Wilson of the American Legion Bayonne Post 19. “We continue this tradition each and every day by supporting and aiding our veterans. Our homeless veterans are our most vulnerable; they have unfortunately fallen through the cracks and are in desperate need of assistance. To have served our country and become homeless is not only unconscionable, it is a national tragedy.”

Bayonne’s many Polish residents have been watching with interest the fate of the Katyn Statue in Jersey City. In a reversal that has confused a number of members of the Jersey City Council, Mayor Steven Fulop has announced that he will oppose moving the Katyn Memorial from Exchange Place. The monument commemorates the 1940 massacre of some 20,000 Polish citizens by the Soviet Union.

Earlier this year, Fulop supported the plan to move the statue from Exchange Place two blocks south to York Street. But opponents of the plan collected enough signatures on a petition to force the city council to either rescind the ordinance they adopted in June to move the statue, or allow the issue to get put on a ballot for a vote at a special election scheduled for Dec. 13.

The council in September voted to let the public decide.

Fulop has asked the council to reconsider this and to void the ordinance instead.

His decision is tied to a plan to establish a payroll tax in Jersey City as part of an effort to make up for lost state aid to the school district. The district is expected to lose $175 million over the next five years.

“The mayor did the right thing, being that the state law only allows one referendum in a year and as a result, given the choice between a Katyn Statue park vs. funding the schools forever, the mayor will always side with the schools, even if it means walking away from the statue initiative,” said city spokesperson, Ashley Manz in a statement. “The mayor’s goal is protecting our Jersey City schools and making sure that corporations pay their fair share in support of Jersey City’s children.”

A divided council voted to add the measure to the Nov. 20 meeting agenda. While Councilman Richard Boggiano opposes moving the statue, he said he opposed rescinding the ordinance, fearing Fulop would seek to move the statute at a later date.

The Port Authority of New York and New Jersey announced on Nov. 6 the start of cellphone service in underground PATH stations. Phased-in connectivity from major cell phone carriers will continue over the course of the rest of the year and into early 2019. As of Nov. 6, AT&T and T-Mobile cellular service is available in PATH’s New York underground stations. The AT&T and T-Mobile cell service will expand to New Jersey’s PATH stations in the next three weeks. Verizon Wireless and Sprint customers will see system-wide cellular service in both New York and New Jersey’s underground PATH stations early next year.

The New Jersey Supreme Court found on Nov. 13 that breathalyzer test results from five counties — leading to as many as 20,667 DWI convictions — are inadmissible as evidence due to pending criminal charges against a state police sergeant, Marc Dennis, according to the Associated Press. The accusations against Dennis called into question any test result involving a machine he handled, including devices used by local police in Middlesex, Monmouth, Ocean, Somerset, and Union counties between 2008 and 2016. The court ordered state authorities to notify anyone whose case involved results from machines that Dennis calibrated, so they have the opportunity to seek to have their convictions vacated.

Lab testing confirmed that four more children have been infected by adenovirus at the Wanaque Center, a pediatric long-term care facility in Passaic County, according to The Record. The state Health Department confirmed Monday that the viral outbreak has killed 10 young patients. So far 33 patients have been infected, as well as one adult who works there. The first case of the virus was reported Sept. 26, and the most recent was on Friday, Nov. 9.

State officials on Nov. 14 ordered all admissions to cease at the Wanaque Center for Nursing and Rehabilitation, where 10 children have died in an adenovirus outbreak. Closing the facility is impractical, the health commissioner has said, because of the risks of moving the ventilator-dependent children and the real possibility that they would spread the infection elsewhere. Two residents were diagnosed as recently as Nov. 12.

At Rutgers on Nov. 12, Sen. Cory Booker said he will introduce legislation that will allow veterans more time to finish college. Under the GI Bill, veterans currently have 36 months of in-class time to complete their degrees. Booker’s proposed bill would extend assistance for an additional 15 months for qualified veterans. It also includes measures to make it possible for more veterans to transfer their education benefits to a dependent. He said that he hopes there is enough bipartisan support to pass the bill this year.

For the third time this year, police investigate swastikas

A detective sergeant with the Hillsdale Police Department is working with two “class III” special law enforcement officers to determine who has been etching swastikas at Pascack Valley High School in Bergen County, according to The Record. Three incidents have occurred this year, and the most recent was reported last week. The swastikas were found mostly in boys’ bathrooms and locker rooms and were either scratched into the wall or written in pencil.

NJ to use $7M tobacco tax to fight vaping ‘epidemic’

The state Department of Health announced Nov. 14 it will invest about $7 million from taxes on cigarettes and other tobacco products to fund an anti-vaping education campaign directed at teens. About one in five high school students tried an e-cigarette device in the last year. The funding is from a 2017 cigarette tax law. It will support peer-outreach teams in each county, as well as efforts on college campuses and in workplaces.