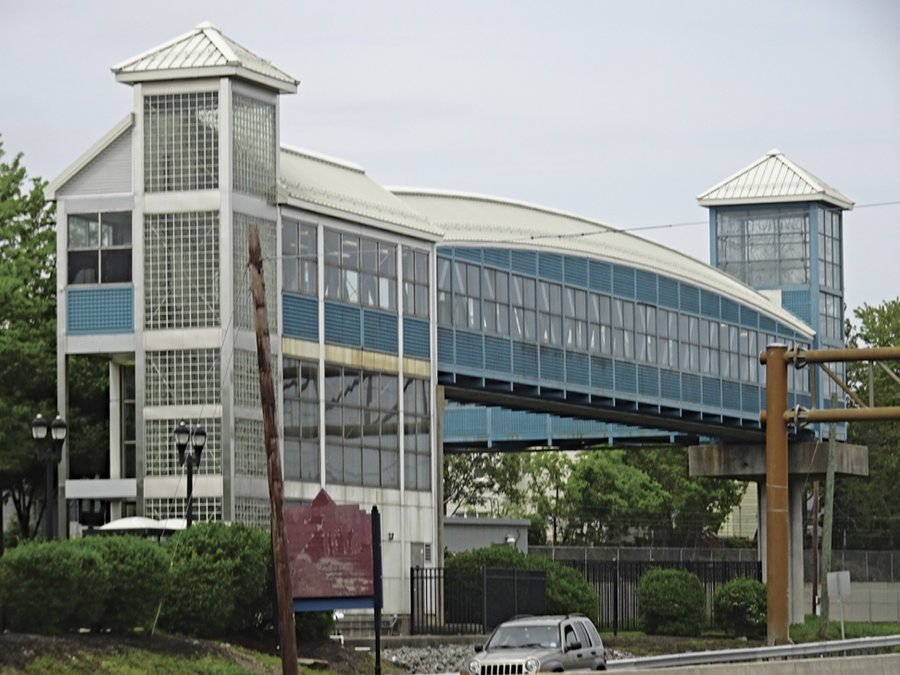 A pedestrian bridge would extend over Rte. 440 from the 34th Street light rail station.
×

A pedestrian bridge would extend over Rte. 440 from the 34th Street light rail station.

The prospective pedestrian walkway that would extend over Route 440 from the 34th Street light rail station is needed more than ever as more residential and commercial development on the former Military Ocean Terminal, including a ferry, is nearing completion.

But Gov. Phil Murphy has issued an executive order effectively withholding $250,000 in funds dedicated for the bridge project, a portion of the total cost of construction.

The NJ Department of Transportation allocated funding for the project in 2018. Now, Murphy has put that funding on hold after Democratic party infighting over Murphy’s budget priorities.

Murphy is withholding $235 million in funding for various projects, including $250,000 for the Route 440 walkway, the only Hudson County project on the list.

The pedestrian walkway would extend over Route 440 from the walkway already constructed over the 34th Street Light Rail Station that leads to a parking lot. The total cost of the project would be upward of $5 million.

Because Route 440 is a state road, the pedestrian walkway will be funded by the NJ Department of Transportation and the Federal Transportation Authority, which issued a $450,000 grant for the project in 2017.

The planning process for the project is moving forward. Meetings with city officials continue to take place. No halt is expected, according to Bayonne officials.

“As noted in the Executive Order, the items placed in reserve will help the state maintain the surplus goals outlined by the governor,” read a statement from the NJ Treasury Office of Management and Budget. “Our review, pursuant to Executive Order 73, is ongoing and will continue as new or additional information regarding individual items of appropriation is available.”

The executive order says, “The budget crafted by the legislature is regrettably lacking in new, sustainable, recurring revenues to support new spending, and instead relies in substantial part on unexplained over-performance by current revenue sources.”

The walkway is integral to the broader plan for the area. By the fall, NJ Transit is expected to designate a developer to construct a “transit village” in place of the current commuter parking lot. The development would likely include residential and commercial space, a pedestrian plaza, and a parking garage to replace the commuter lot.

A pedestrian walkway allowing future residents to access the ferry on the other side of Route 440 would bolster the feasibility of such a project.

The other side of Route 440 now has a Costco big box store. The southern shore of the former military base will one day be a park that would extend to the ferry site.

The order is one of many ways Murphy is attempting to bargain with other Democrats in the state legislature who disagree with the governor’s legislative priorities and plans to raise revenue.

About $26 million of the withheld funds are for projects in South Jersey where a large portion of Murphy’s legislative opponents live.