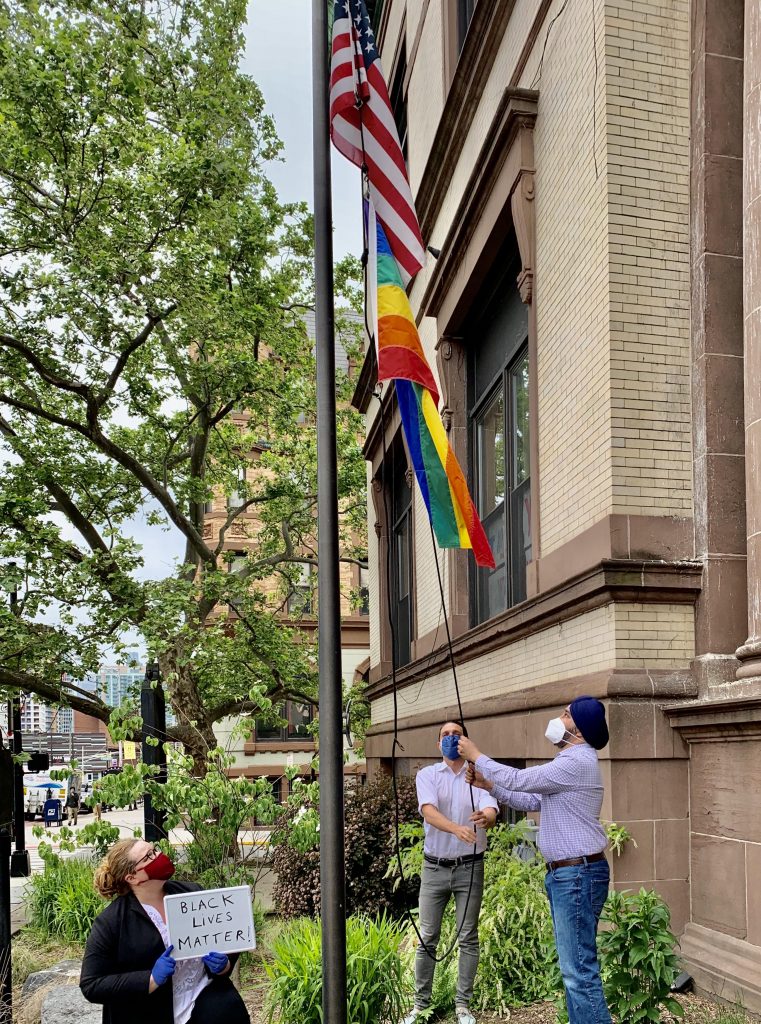 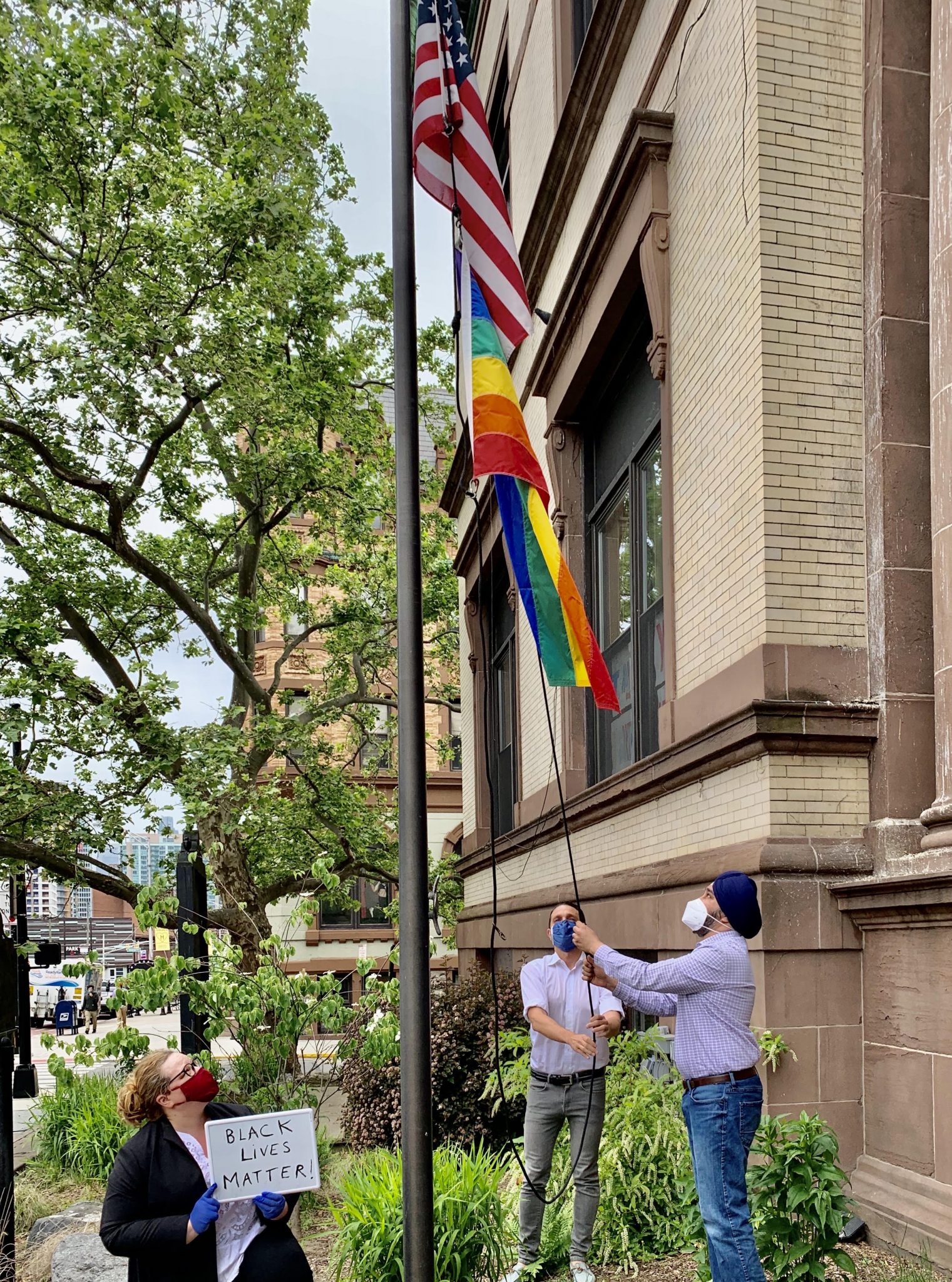 The City of Hoboken raised the Pride flag above city hall in celebration of June as Pride Month to “demonstrate our continued solidarity with our LGBTQ+ community, as well as all those who have been oppressed and deserve to be heard, respected and listened to,” said Mayor Ravi Bhalla.

Last year, for the second year in a row,  Hoboken received a perfect 100 percent score from the Human Rights Campaign (HRC) Municipal Equality Index (MEI), an annual examination of more than 500 municipalities relating to LGBTQ+ laws and policies.

Hoboken is one of only three New Jersey municipalities to have achieved this score.

In 2018, Bhalla signed an executive order requiring all public and private single-occupancy restrooms to be gender neutral, making Hoboken the first city in the state to pass such a law.

Bhalla also signed an executive order preventing discrimination against the LGBTQ+ community and other minority groups.

“Four years ago this month I stood with Ravi Bhalla, Mayor of Hoboken and LGBTQ+ activist Laura Knittel and spoke out against the senseless slaughter of 49 young people at an Orlando gay club — one of my first public statements as a newly elected gay Councilman,” said Councilman DeFusco.  “Since then I’m so proud to have worked with two mayors to raise our LGBTQ+ Municipal Equality Index, a clear message that Hoboken is welcoming and inclusive to all. It takes more than just words to create a community of inclusion and a culture of acceptance but today, as bigotry again raises its head across the country, I’m so proud of the work that we’ve done and continue to do, in Hoboken.”⁣⁣

“As MLK once said about morality and inclusion: ‘from what I see I am sure it bends towards justice,'” DeFusco continued. “Now, more than ever, we must remind our neighbors that love is universal and doesn’t change based on who you love, the color of your skin or what God you believe in (or don’t believe in). So let’s keep creating the Hoboken, and world we want to see, together.”⁣⁣

Knittle held up a sign that said “Black Lives Matter,” as the nation has been gripped by protests in response to the death of Minnesota man George Floyd an African American who was murdered on May 25 when police kneeled on his neck and back for more than eight minutes during an arrest.

Arrests made in connection with alleged robbery and kidnapping at Massa’s...