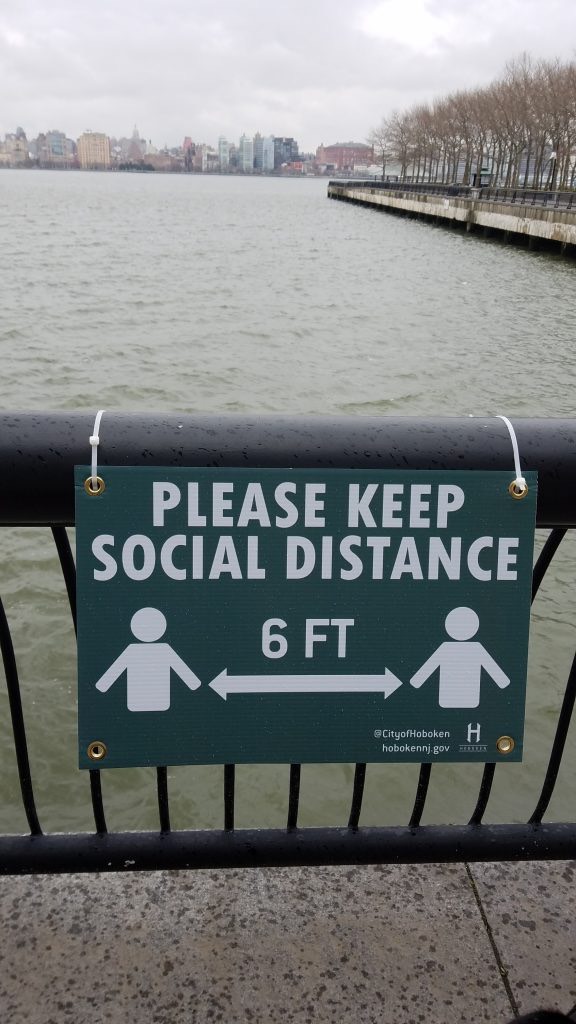 Don't travel, wear a mask, and social-distance: These measures should still be observed.
×

Don't travel, wear a mask, and social-distance: These measures should still be observed.

Over the past two days, 13 new COVID-19 cases were confirmed by the Health Department, six on Thursday July 2, and seven on Friday July 3. This represents the highest two-day total since mid-May.

The majority of the new cases, according to the health department, are residents who tested positive after traveling to hot spot zones with rising rates of COVID-19, including Florida, Texas, North Carolina, and South Carolina.

According to the mayor, the city began to see this trend on June 20, when Hoboken had seven new cases reported in one day. From June 20 until July 1, Hoboken saw 30 new cases, and the majority of these cases followed the same pattern: individuals tested positive after traveling to out-of-state COVID-19 hot spots.

“If residents aren’t careful, and we don’t take this initial trend here in Hoboken seriously, which is bound to be replicated in municipalities across the state, we could set our region back further to the point where we have to resort to stay-at-home orders, close local businesses, and more,” Bhalla said.

He said that of the 13 newest cases, all are residents under 45 and none are serious; some had no symptoms.

He said the majority of the those infected are between 20 and 35 years old who attended gatherings with groups of people in indoor and outdoor settings.

He reiterated the call for residents who traveled to a hot spot to quarantine for 14 days upon returning.

“Just because you don’t have symptoms or think you’re fully healthy, doesn’t mean you are. Let me repeat – for all Hoboken residents – if you’ve traveled to any of the 16 states identified by Governor Murphy, or are traveling to these regions this weekend – it is absolutely imperative that when you return, that you stay at home for 14 days,” Bhalla said, urging residents who reconsider travel plans.

Bhalla urges everyone to wear a face mask, socially distance, avoid any type of gatherings, restrict meetings with friends and family to the outdoors, and avoid sharing food.

“Asymptomatic residents, combined with the lack of face masks, is the perfect recipe to infect other more vulnerable populations,” Bhalla said. “Do the right thing – wear a face mask… If New Jersey, like other states in our country, either mandates the wearing of face masks or grants municipalities like Hoboken the authority to institute a face mask requirement, the governor would have my full support.”

Those who travel are asked to get tested five to seven days after returning and to quarantine.

Residents should not get a test within the first 24 hours or less than five days after returning because getting a test too early could lead to a false negative.

He said that those whose tests are negative should still quarantine for 14 days.

“As our society slowly reopens, it is highly likely that cases would rise. We’ve said this from the very beginning,” Bhalla said. “However, it’s imperative for us as a city, to do everything we can to double down on social distancing, wearing a face mask, and be mindful about the recent trends of traveling out of state. As a city, we can’t legally prohibit travel to other states, but what we can do is take the necessary precautions to assume everyone around us could have COVID-19. Until a vaccine is found, this is the best and most effective way to stay safe.”