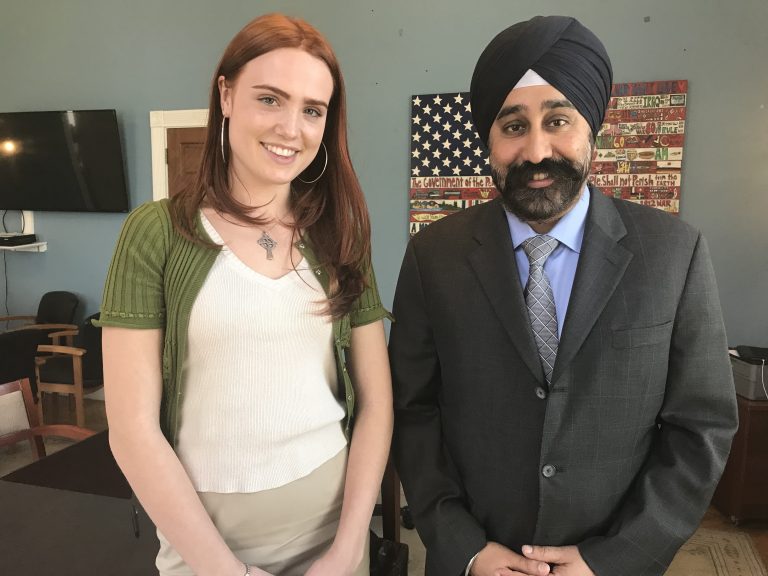 Mayor Ravi Bhalla thanked Caroline Caulfield for her service to the community as Chief of Constituent Affairs.
×

Mayor Ravi Bhalla thanked Caroline Caulfield for her service to the community as Chief of Constituent Affairs.

Hoboken’s Office of Constituent Services officially closed, according to a press release from the city in which Mayor Ravi Bhalla thanked the former Chief of Constituent Affairs Caroline Caulfield.

This comes roughly three months after the Hoboken City Council voted to eliminate the office with a 6-3 vote in the wake of 26 other layoffs and retirements , citing the city’s multi-million-dollar budget gap. Soon after, Bhalla vetoed council’s decision, but the council overrode the veto in June.

“I’m very grateful for the services Caroline Caulfield provided to the residents of Hoboken over the past two years,”  Bhalla said. “Since we established the Office of Constituent Services in 2018, Caroline has been the go-to person for our most vulnerable populations, assisting with critical issues, including unemployment during the COVID-19 pandemic, housing needs, and initiating critical changes, such as our mold ordinance to protect residents. I wish Caroline well, and know that she has an incredibly bright future ahead of her. We will do everything we can to maintain constituent services despite the unfortunate elimination of this office by the City Council, and Caroline’s departure.

During the COVID-19 pandemic, the office, led by Caulfield and Migdalia Pagan-Milano, assisted more than 1,000 residents, helped recruit 250 volunteers to feed more than 900 seniors with the Health and Human Services Department, connected food-insecure families to critical groceries from the Hoboken Food Pantry, assisted small business owners with PPP applications, and facilitated unemployment claims from the state for dozens of residents, according to the city.

According to the city, constituent affairs serviced approximately 2,500 requests from residents, assisted with 50 cases in coordination with the tenant advocate, oversaw 1,050 requests through the Hoboken 311 system, sent more than 6,000 emails on behalf of constituents, and held open office hours for residents in 2019.

Residents requesting assistance should contact the appropriate department in city hall, which will assign a staff member for assistance with casework.

Residents may also use the Hoboken 311 system for constituent services.