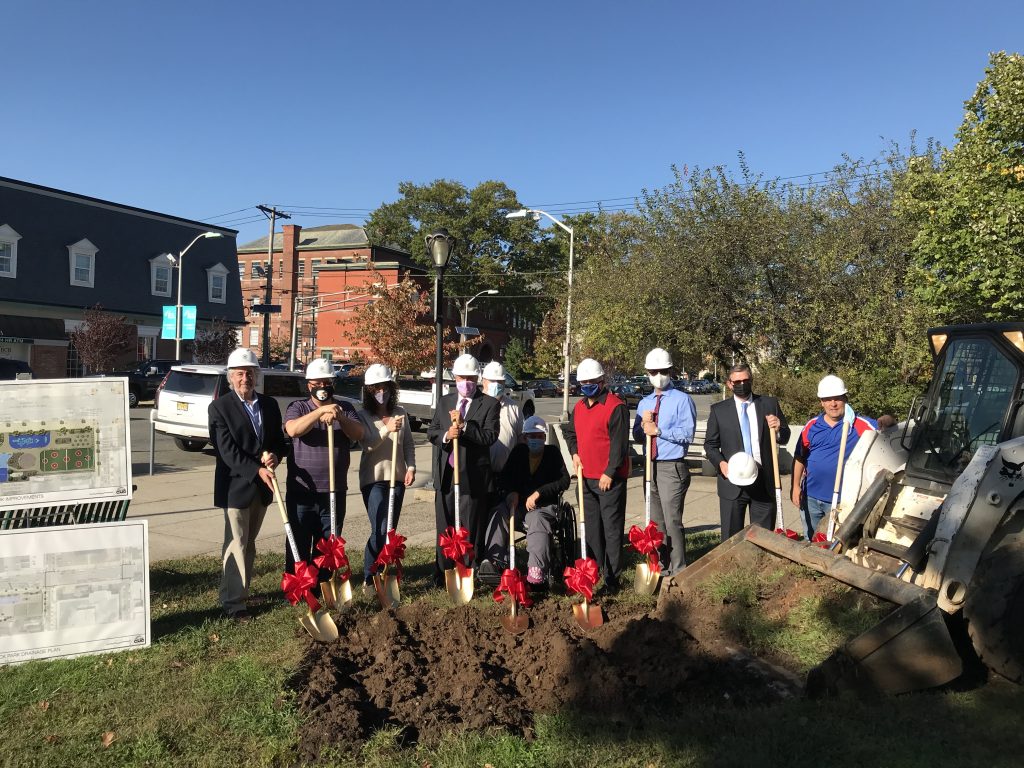 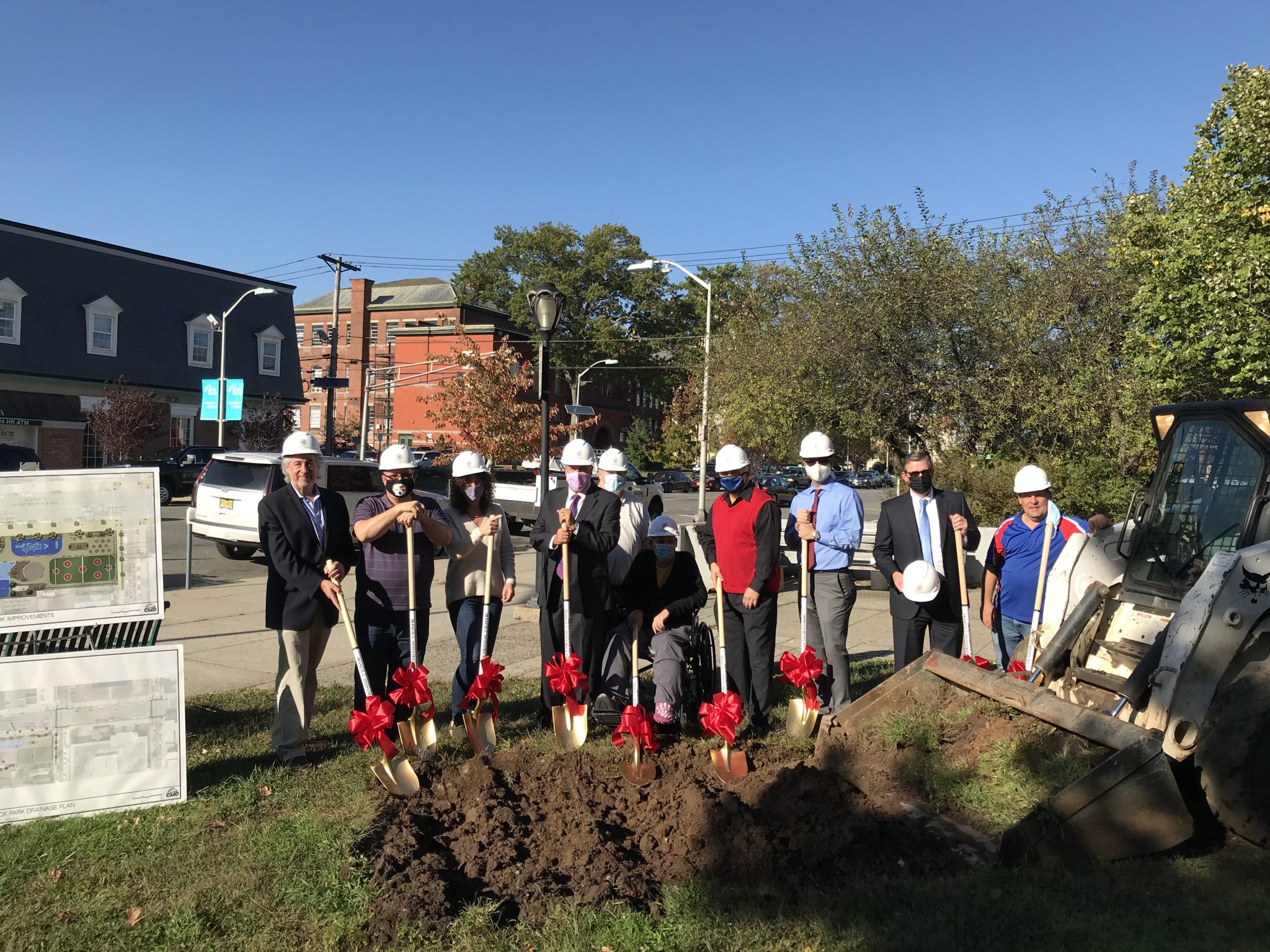 Public officials joined with building contractors and residents for a groundbreaking ceremony at Fitzpatrick Park on Oct. 14. The park is across the street from City Hall on Avenue C, between West 26th and 27th Streets.

The park will be renovated thoroughly, along with improvements to the neighborhood’s stormwater system. The renovations are part of citywide efforts that have been ongoing since before the COVID-19 pandemic.

The park was constructed in the 1970s on the site of Bayonne’s former Police and Fire Headquarters. It’s named for former Mayor Fitzpatrick, who served from 1962 to 1974.

On Oct. 21, the city council is expected to adopt an ordinance that would bond $2,086,786.20 for improvements to Fitzpatrick Park.

The contractor will be Picerno-Giordano Construction of Kenilworth, awarded by the city council at the Sept. 23 meeting.

The current park includes playground equipment, swing sets, a small spray park, a bathroom structure, and seating areas. Those features will be removed and replaced with modern park improvements.

The new version will include separate playgrounds for two to five-year-olds, and five to twelve-year-olds. There will be new swing sets and a splash park area.

A roller hockey rink will be installed, doubling as a basketball court. A new patio area will include game tables and picnic tables that comply with the Americans With Disabilities Act.

A new drinking fountain will include a pet drinking feature. Pet waste stations will be added.

Twelve shade trees will be installed along with 272 shrubs and other plantings.

The upgraded park will once again become the home of the Bayonne Farmers Market, as well as other events. Traditionally, a Christmas Tree lighting and Menorah lighting are held at Fitzpatrick Park.

The improvements will include the installation of stormwater management upgrades, which will reduce the rate of runoff for storms in both the park and along Avenue C.

Bayonne’s existing sanitary sewer system is a combined system that accepts both sewer discharge and stormwater runoff. This combination places a strain on the sewer system.

“We will help address that problem by installing a new stormwater piping system, separate from the sanitary piping from 26th Street to 28th Street,” Davis said. “There will be new drainage structures at each of the Avenue C intersections with 26th, 27th, and 28th Streets.”

Construction is starting this fall and will wrap up next year.

Davis concluded, “We expect completion of construction in 2021. We would like to thank the state and county for their support of this great renovation program.”