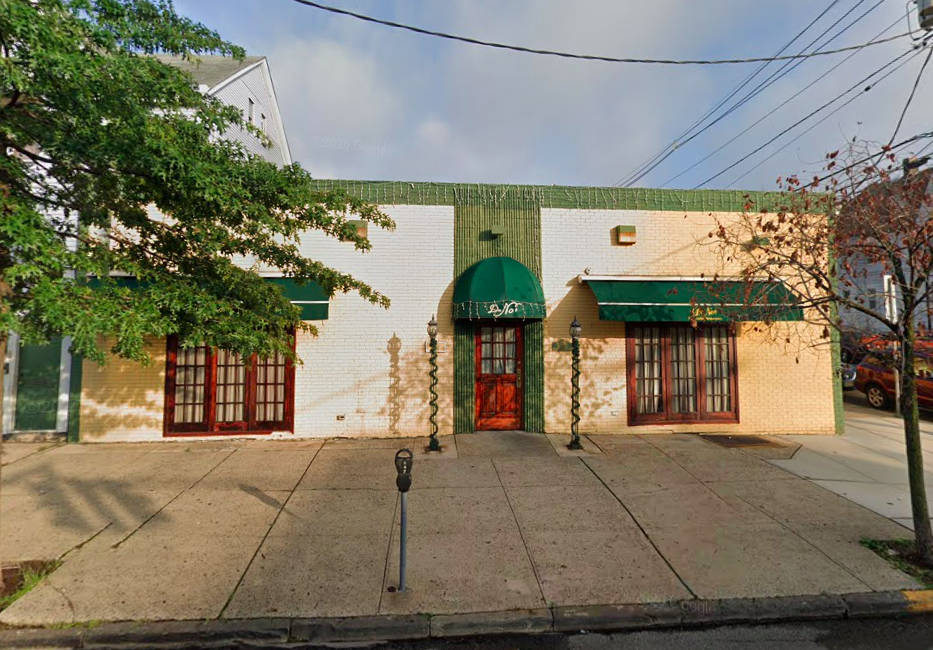 The city council adopted a redevelopment plan for the DaNoi Restaurant and the surrounding properties.
×

The city council adopted a redevelopment plan for the DaNoi Restaurant and the surrounding properties.

The Bayonne City Council adopted the DaNoi redevelopment plan at its March 17 meeting. The plan has been contentious, because officials have debated whether or not to require neighborhood commercial space for the first floor of any project constructed at the site.

The redevelopment plan was approved by the planning board in December. The plan allows for the construction of a building up to six stories at the corner of Avenue C and West 54th Street. A total of 48 units can be constructed in the area. No more than 10 percent of the units can be studios, and no more than 70 percent can have the same number of bedrooms.

At the Jan. 20 council meeting, the ordinance for the redevelopment plan was withdrawn at the request of Second Ward Councilman Sal Gullace, who had planning issues with the commercial space and wanted to wait to introduce the ordinance.

Currently, the plan states that a developer may include first-floor retail space but does not require it. Prior to the public hearing, City Council President Sharon Ashe-Nadrowski made a motion to change the wording in the redevelopment plan so that the developer would be required to include around 1,000 square feet of retail space.

There are currently commercial retail spaces on the properties in the redevelopment plan.

Ashe-Nadrowski cited the Planning Board, which when it approved the plan also voted unanimously to include neighborhood commercial space as a permitted use albeit optional. Her motion would rectify that and require retail space on the first floor.

According to Ashe-Nadrowski, a business owner from within the redevelopment area reached out to her before the meeting. He told her that he has a viable business and would to stay in the area.

Ashe-Nadrowski said they don’t have to give the lease to him, but the idea is that businesses want to be in the area and can sustain themselves at the location. She added this is also about keeping Bayonne walkable and neighborhood friendly.

“All the buildings we have approved that have been bigger buildings all have retail on the bottom to kind of keep the community feel,” Ashe-Nadrowski said.

Other council members were opposed to the motion and supported the initial redevelopment plan, which they argued is more in line with what the developer wanted to do at the site.

“I don’t know if the builder wanted to put commercial in there but it was included in the plan,” La Pelusa said.

Ashe-Nadrowski countered that it was the city’s choice whether to include the neighborhood commercial space, not the developer. She questioned why the city is encouraging losing businesses and that this could set a trend where developers do not want to include commercial space in their plans.

“We always talk about how we want to bring business into Bayonne,” Ashe-Nadrowski said. “This is the perfect opportunity. We already know that there are viable businesses there that aren’t looking to leave. They would like to stay in the neighborhood.”

Ashe-Nadrowski criticized her colleagues for constantly talking about job creation but now being in favor of “taking away somebody’s livelihood.” She said she understands what developers want, but the city doesn’t always have to give them exactly what they want, and that the they can make compromises such as lowering building heights and increasing the number of parking spaces.

Despite Ashe-Nadrowski’s efforts, the retail space motion failed to get a second.

The architect for the project called in during the public comment to let the council know there is space on the ground floor slated for a gym that could be repurposed as neighborhood commercial space. He also said that two to three parking spots will be added on Avenue C after curb cuts from the restaurant are removed.

Controversial former candidate for city council Peter Franco applauded Ashe-Nadrowski for her efforts to help local businesses and urged the other council members to reconsider. Franco alleged La Pelusa, a frequent critic of redevelopments, was taking the side of the developer, claiming that La Pelusa is only doing so because the redevelopment plan is in his ward.

La Pelusa denied taking sides and accused Franco of putting words in his mouth. He said that businesses currently in the redevelopment area are relocating to locations that didn’t have businesses previously, meaning that  “something positive would come out of it.”

“Its important to get rid of blight and bring new development,” La Pelusa. “Some of the other developments I was against in the past had to do with the height.”

According to La Pelusa, the height permitted under the redevelopment plan falls in line with the height of the buildings in the area and on Avenue C. He added that he wants people to come in and revitalize the area because there are currently not enough people in the area to support the businesses. La Pelusa said he thinks people will move in and gentrify the area.

Jay Borker, owner of the aforementioned liquor store Irv’s Wines and Liquors, said he has no other choice but to relocate. However, Borker is excited for the project which he said will attract more people to the area.

The council voted unanimously for the ordinance, including Ashe-Nadrowski. “I’m disappointed we’re not mandating commercial,” she said, but voted to approve the redevelopment plan regardless.