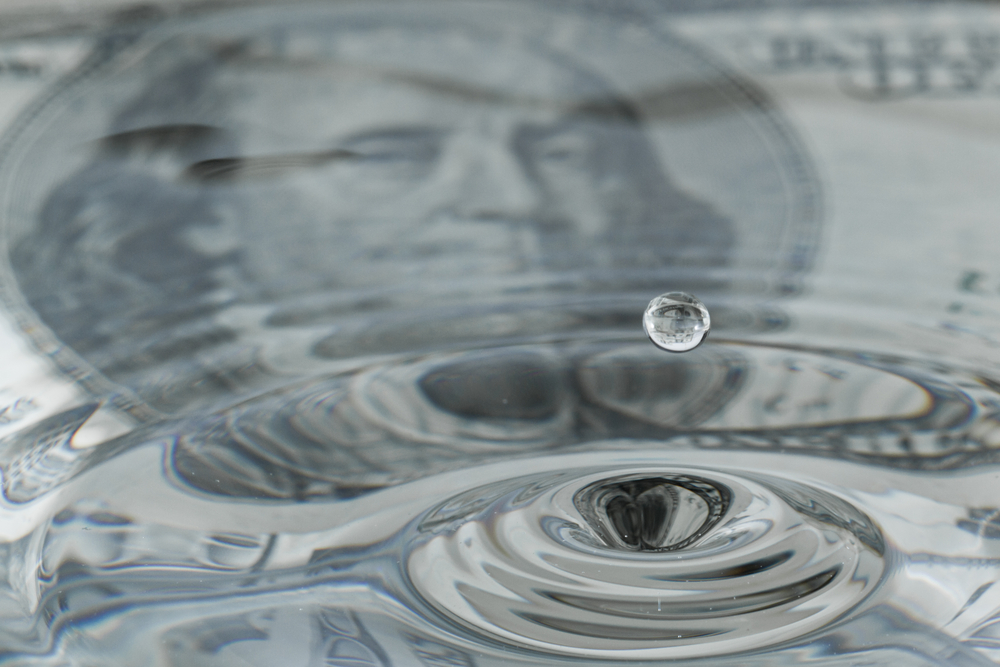 Residents have been faced with high water bills due to a 40-year contract with built-in increases.
×

Residents have been faced with high water bills due to a 40-year contract with built-in increases.

Board of Education Trustee Jodi Casais has had enough of high water bills. She has started multiple petitions urging the city to dump the current contract after years of sharp increases.

Water bills have been increasing since former Mayor Mark Smith’s Administration penned a deal among the city, SUEZ, and private equity firm Kohlberg Kravis Roberts (KKR). The contract netted the city $150 million from the entities and sets the water rates.

Increases in the water rates are typically due to inflation, capital investments and maintenance costs. When the city needs funds for the water system, it borrows the money needed from KKR, which has to lend the money to cover the costs per the contract.

KKR sold its interest in Bayonne’s water system to Argo Infrastructure Partners in 2017. However, the deal has not changed, and the city requires KKR to attend operations meetings along with the Argo representative.

Casais addressed the city council at its May meeting.

“I thought my water bill was high, approximately $400 to $500 last year,” Casais said. “This year I filed my taxes and paid upwards of $2,400 for water. It’s a lot of money for water that I can’t drink. I have eco-friendly machines, appliances, energy-efficient everything… Everything is stained from the water. Sometimes, I’m brought back to my childhood at the 16th Street Pool with the overwhelming smell of chlorine that comes out of the faucet.”

Second Ward City Councilman Sal Gullace had previously told her, “This was done under the previous administration.” That excuse no longer holds water with Casais.

“That was eight years ago, and this has fallen into your laps,” she said. “You didn’t sign the contract, and neither did the citizens of Bayonne, but everyone is suffering because of it.”

Gullace told her that the city’s lawyers had reviewed the contract and that it was “ironclad.” Casais suggested that the city may need to “look outside the box” or find new lawyers to look at the contract.

“We inherited this, but it does not excuse it,” said City Council President Sharon Ashe-Nadrowski. “It’s our problem.”

She asked Municipal Services Director Tim Boyle if he had spoken with the lawyers at Rainone, Coughlin, and Michello (RCM) who reviewed the contract. Boyle said that he had not.

“I recommended that we hire the Rainone and Coughlin law firm, and we passed the resolution to hire them,” Ashe-Nadrowski said. “We chose them because they have had success with other municipalities, even negotiating for more favorable terms in water contracts.”

In August, Ashe-Nadrowski said she learned that the the firm was unaware that they had been contracted with the city.

“At the end of the year, I again asked if we had done any work with them,” she said. “I found out we had not. At our meeting at the beginning of the year, I made a motion to extend the contract with Rainone and Coughlin for the same amount since we’ve done nothing, just to continue it and engage them.”

Ashe-Nadrowski continued: “There had been no drawdown on it, so that implied to me there was no work done. I had concerns that there was work in the contract that was to be done that our DPW workers are out there doing. So in my opinion, we are double paying for that type of stuff.”

Law Director Jay Coffey said that RCM’s David Michello had analyzed the contract. Boyle defended his earlier response saying that Ashe-Nadrowski did not say the full name of the firm.

Boyle said Michello has been creating a checklist based on the contract that would allow the city to perform annual inspections of the various metrics in the contract. Boyle said the city will have that document “soon enough.”

Ashe-Nadrowski said, “You’re saying that’s per metric. We asked for a deep dive into the cost factors of the contract for a possible renegotiation of terms.”

In response, Boyle said, “Nobody ever mentioned to me about a possible renegotiation of terms.” Ashe-Nadrowski noted it was addressed at multiple public meetings. Boyle said he was at those meetings.

“I have no dog in this fight,” Boyle said. “SUEZ was hired by the city of Bayonne to do a job. They run our water and sewer department. SUEZ gets no say in how rates go up and down.”

Casais interjected, refusing to believe that nothing could be done about the rate increases built into the contract.

“Shrug your shoulders if you like, but it’s a 40-year contract,” Boyle said. “That contract guides every aspect of our relationship with SUEZ.”

“They inflated numbers to get the deal done, and then we had to deal with that,” Boyle said. “That projection was supposed to be $2 million in one year, and $1 million the following year. So instead of doing two annual increases of seven-percent-point-something, we took care of it in the first year at 13 percent rather than 14 point something percent.”

The water bill increases are due to maintenance costs, Boyle said. When maintenance is needed, the money is guaranteed to the city and borrowed from KKR.

“The last couple of years, we had some very mild winters, and things have stayed pretty calm,” Boyle said. “So we’ve been seeing somewhere between a 3.5 and 4 percent [increase] annually, and that’s if we don’t have to borrow a penny.”

Casais questioned why, with “astronomical water bills,” the city still needs to borrow money. Boyle said that when the city needs to conduct maintenance, the city borrows the money from KKR, which has to lend the money to cover the costs to the city per the contract.

“Well, you say the bills are astronomical, I don’t believe they are,” Boyle said, pointing to comparable prices in the area.

Casais countered that water bills are lower in Kearny: “Here in Bayonne, I’ve become the water nazi, telling my family: ‘You’ve got two minutes in the shower. You can’t do this, you can’t do that.’ I don’t have a pool. I buy flowers that require little water because I don’t want to use my water.”

Coffey clarified that by paying early, the city lowered the increase.

“If the rates are set in the contract in chains, I never remember that going before the council to change the contract,” Ashe-Nadrowski said of the change in rate to 13 percent in one year in 2016. Boyle said the contract was never changed, and that KKR can change the rates without changing the contract.

‘Gave them all our assets’

Third Ward City Councilman Gary La Pelusa was on the Board of Commissioners for the Municipal Utilities Authority (MUA) in 2012 and was the only commissioner against the deal because “it gave them all our assets.”

“It gave them a huge revenue stream,” La Pelusa said. “The four percent you’re talking about was the minimum. So if we didn’t hit certain numbers, they had the right to go in and get the rest of it through raises in our water rates.”

He continued, “They got a ten to 11 percent bump just by doing everyone’s meters over. I spoke to the finance guy at the time who was doing this deal. He said it was a bargain that any money we owed SUEZ, we only paid 11 percent because they originally wanted 14 percent. That was some bargain right?… The wind turbine was supposed to save us $380,000 in electric. Once SUEZ got the contract, it saved them $380,000 in electric because it runs the pump station.”

Casais asked why the city was so quick to bond for a hospital that’s “never going to change from a hospital” but cannot give back the money to get out of the water contract.

“It’s hard to get out of a deal when they gave you all this money already,” La Pelusa said acknowledging that water bills are high. “If they had to raise the rates, we could have kept the MUA ourselves and raised the rates.”

Could Bayonne renegotiate its contract like Hoboken? “Hoboken, in the very last quarter of their contract with SUEZ, sued to get a deal like Bayonne has,” Boyle said.

“We have brought this up at several meetings,” Carroll said. “I would suggest that we draft, as a body, and sign collectively, a memo to this firm and ask for, in writing, status updates.”

Ashe-Nadrowski agreed, noting that the lawyers’ report should be available via an Open Public Records Act (OPRA) request.

Casais reiterated that the contract should have been put up for a vote by residents: “They sold us down the river, and now we’re stuck.”

Boyle said the first question he asked in his position was how to get out of the contract. According to Boyle, the only way out would be to give back the $150 million that it has already given the city. The city used the funds to settle debt incurred by the now-defunct MUA.

“We don’t have it anymore to give back,” Boyle said. “If we’re really, really unhappy with SUEZ as an operator, we could go to KKR and say ‘This is not working out, give us another resource or some other entity to run the system.’ But the city agreed to the system that is in place under the Smith Administration.”

The five-hour meeting seemed to have come full circle: Back to the Smith Administration.