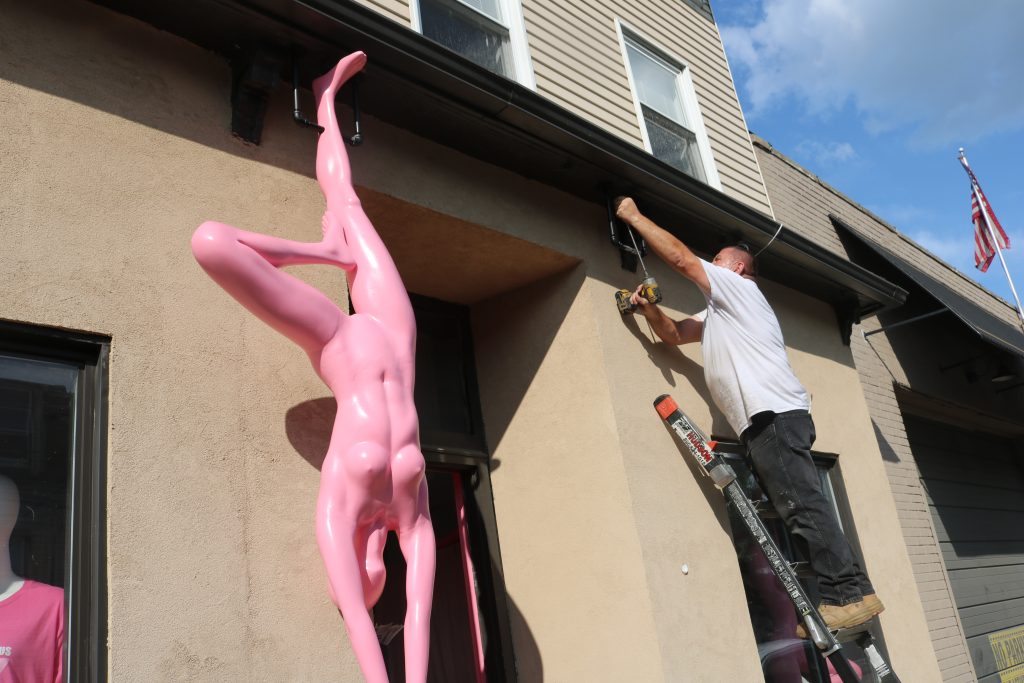 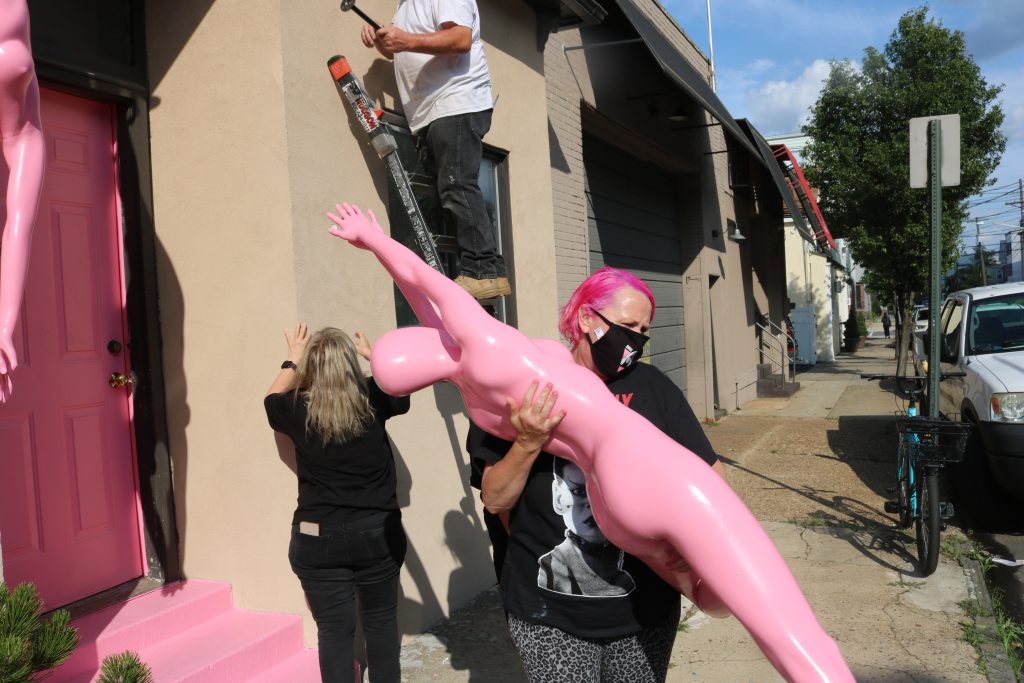 2 / 2
Gallery owner Emma Louise hauls away one of the mannequins after facing violations.
× 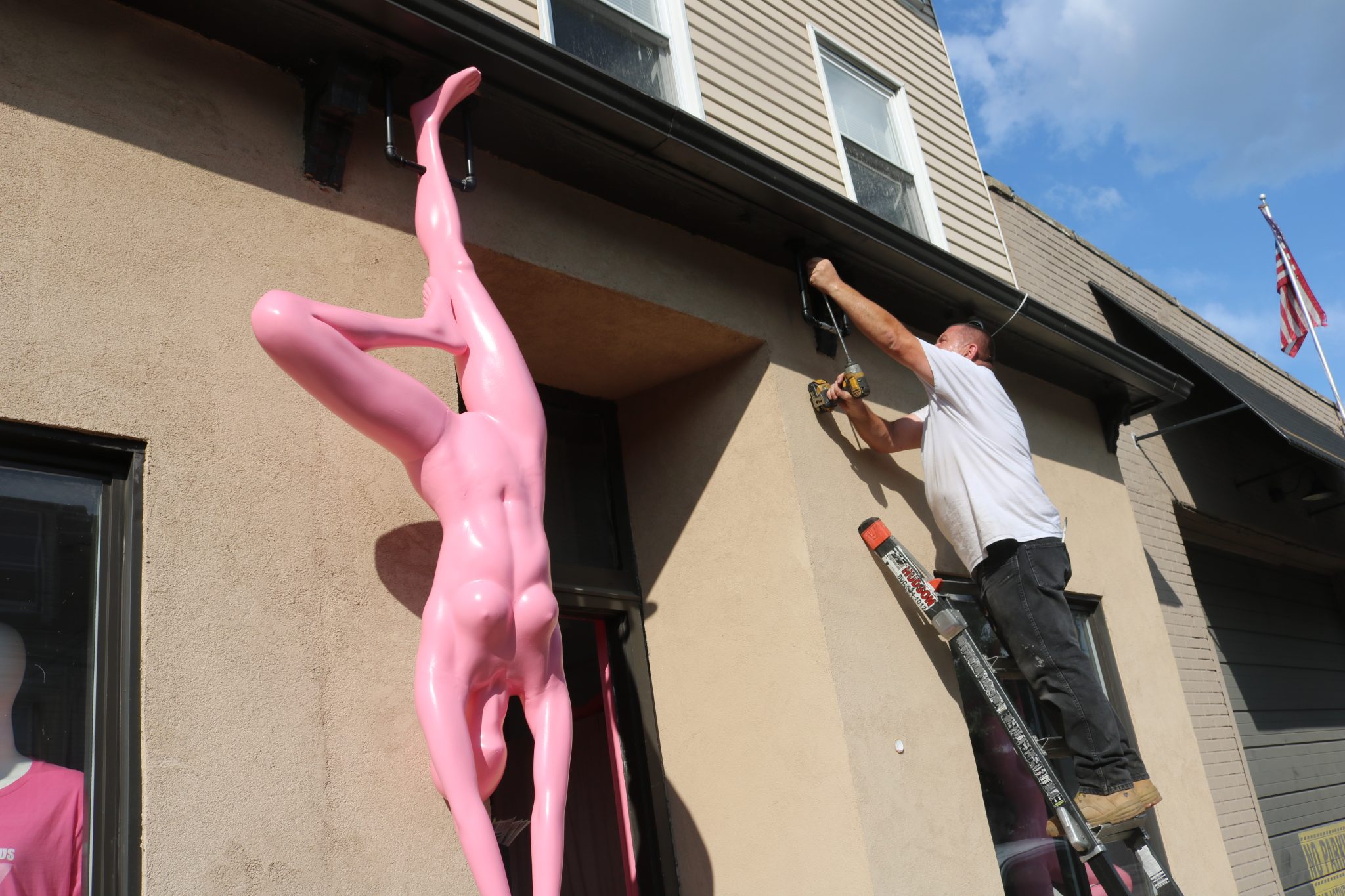 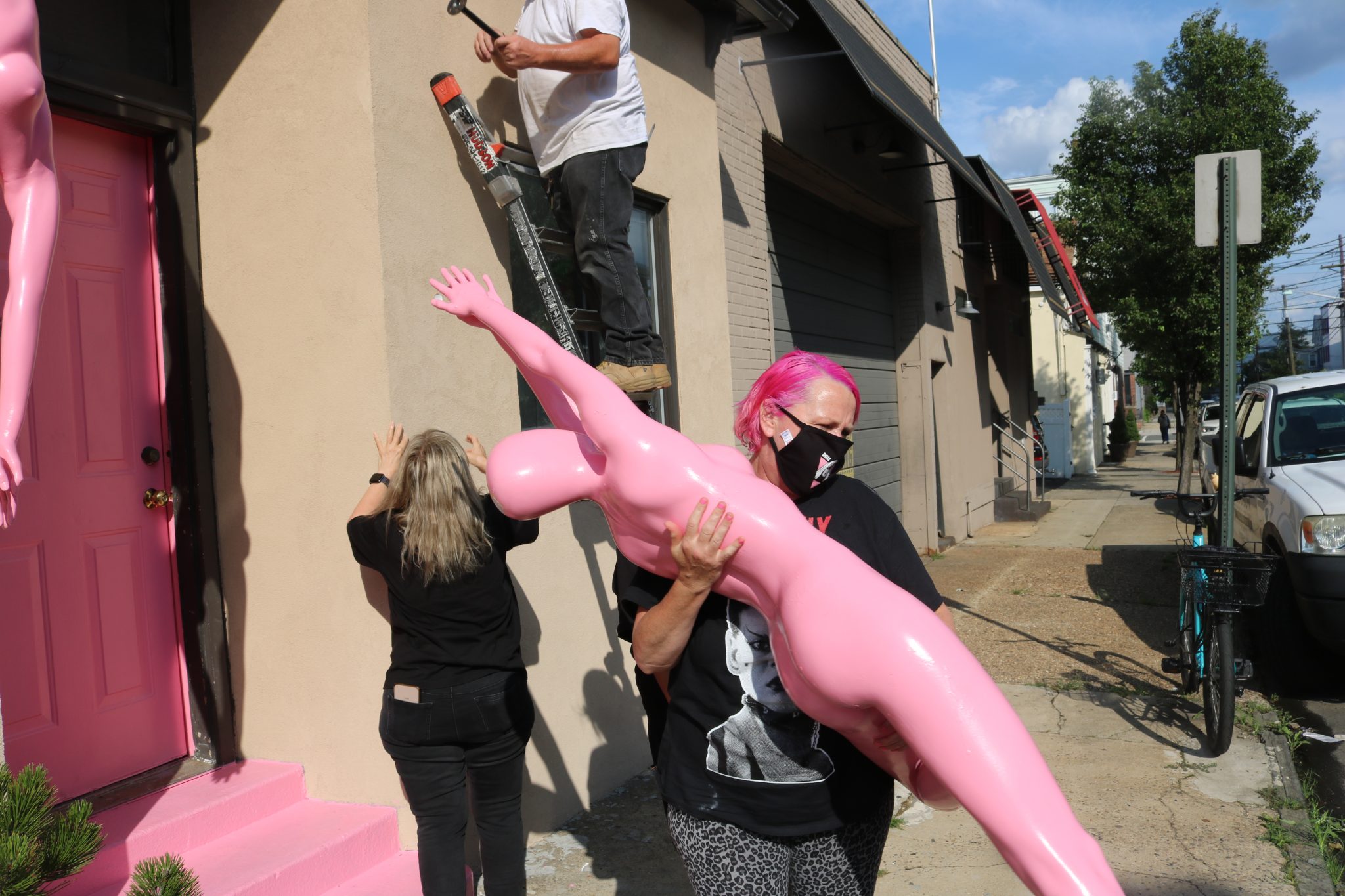 2 / 2
Gallery owner Emma Louise hauls away one of the mannequins after facing violations.

Dollhaus II, one of two art galleries in Bayonne, is on the verge of permanently closing, and needs funds to avoid that fate.

The gallery, owned and curated by Emma Louise, closed temporarily in mid-July following the installation of two pink mannequins in front of the gallery at 23 Cottage St.

“It started with our art display of two upside-down female pink mannequins attached to our building, to the entrance of our doorway,” she told the Bayonne Community News.

The city threatened her with violations if the mannequins weren’t removed, in the sum of $1,300 per violation. The installation came down days after it was put up, but Emma Louise had a bigger issue.

The city said that the land the gallery sits on is not zoned for commercial use. Emma Louise said she had signed a commercial lease, and the property had a commercial past.

“The part of Cottage Street that I am on, between Broadway and Orient, really is 70 percent commercial,” she said. “The Dollhaus is sandwiched between two businesses. Then there’s a bar, there’s a mechanic, there’s a construction company.”

Closed for the moment

The city told Emma Louise she had to close until the zoning issue was rectified and she received the proper permit to operate an art gallery on the property. To do so, she would have to go before Bayonne’s Zoning Board of Adjustment.

“You have to go through these steps,” she said. “It’s very long and expensive.” To raise $10,000 for the application and lawyer fees, she has set up a GoFundMe campaign.

“People did get behind it, and it does amaze me, the generosity of strangers,” she said. “People were pretty shook by this whole thing. And so their generosity to help the gallery has been actively welcomed and so wonderful.”

The over $6,800 currently raised is not quite enough.

“We closed down for six months during the pandemic,” Emma Louise said. “As soon as we come up for air and managed to open again, we’re told to shut down and cease and desist all operations. And we will be closed for the foreseeable future until the application gets approved by the board.”

She hopes to raise the remaining funds in time to get on the zoning board’s agenda for September. As to the pink mannequins?

“That’s another bridge I’m going to have to cross once approved or disapproved,” Emma Louise said. “Then I’ll have to look into that.”

To make a donation go to www.gofundme.com/f/legal-city-of-bayonne-fees-to-reopen-gallery. 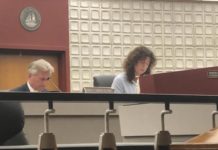