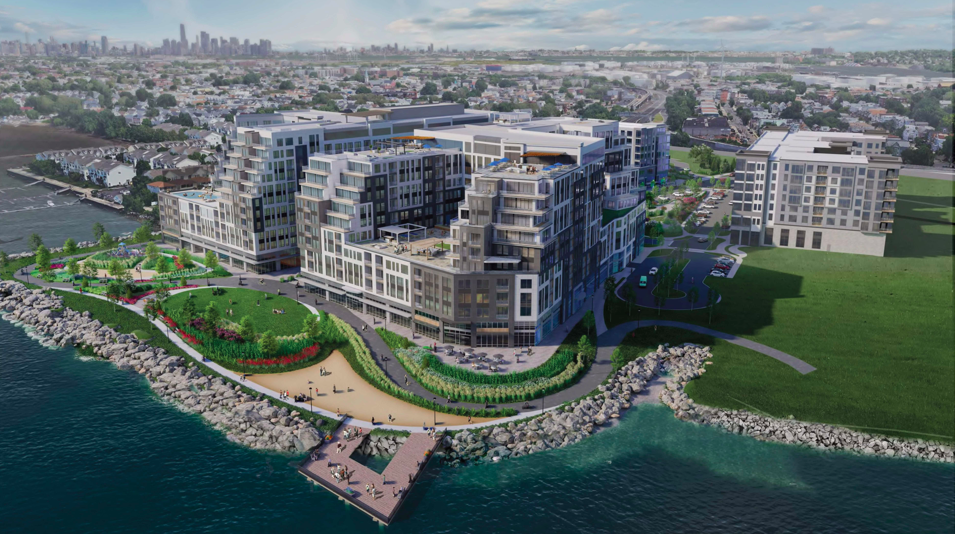 1 / 2
Digital renderings show the massive proposed project against the backdrop of Bayonne. 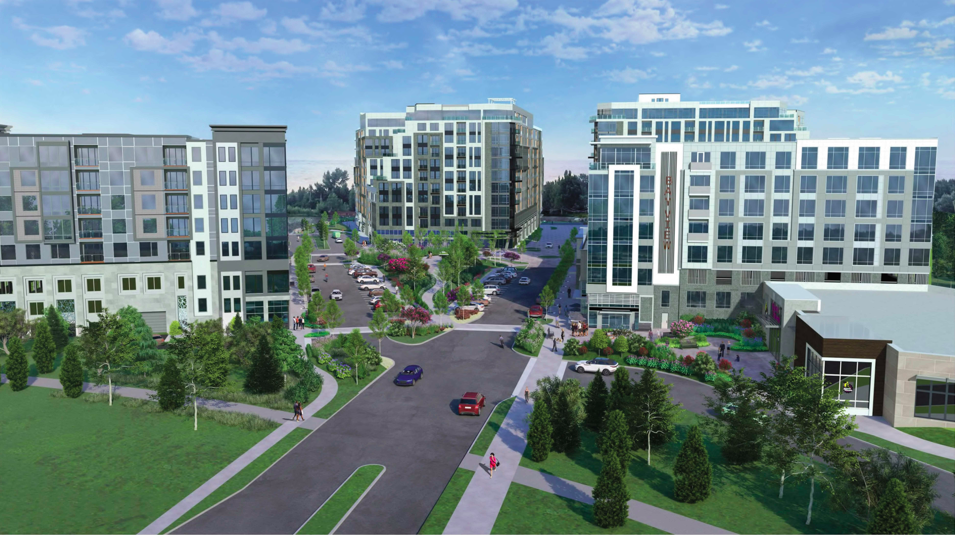 2 / 2
A rendering of the proposed Bayview neighborhood, looking from above Avenue A.
×

1 / 2
Digital renderings show the massive proposed project against the backdrop of Bayonne.

2 / 2
A rendering of the proposed Bayview neighborhood, looking from above Avenue A.

The Bayonne Planning Board has postponed a public hearing for a proposed mixed-use development known as Bayview at the site of the former A&P off Ave. A.

Bayview JC, LLC seeks to construct four buildings with 1,100 residential units. Of the four, two will be 12 stories and two will be eight.

The board was set to meet and hold a hearing on the matter on Aug. 10, but the meeting was postponed because not enough board members were present.

At least five members need to be present to hold a meeting, according to Board Attorney Rich Campisano. Only three board members were present: Chairwoman Karen Fiermonte, Vice Chairwoman Maria Valado, and Commissioner George Becker.

Campisano explained that the Bayview application wouldn’t have been heard at the Aug. 10 meeting anyway, per request of the applicant. The developer, Bayview JC, LLC, had requested the matter be moved to a special meeting, during which a public hearing would be held on its application only.

Dozens of residents wanted to speak on the Bayview application. One resident asked if the public would be given notice of the future special meeting.

Campisano confirmed that the applicant would have to give new notice of the meeting. He said that it would likely take place at the end of September or the beginning of October, but no date is set in stone.

The other agenda items will likely be heard at the next regular meeting on September 14, according to Campisano.

Bayonne Planning Board meetings are inperson only, at 6 p.m. in the council chambers at City Hall at 630 Ave. C. For more information, click on the event on the calendar webpage at bayonnenj.org.

Each building has numerous setbacks on various floors, giving each tower a unique, staggered shape. White and black materials break up the grandness of the giant structures, contrasting with many windows.