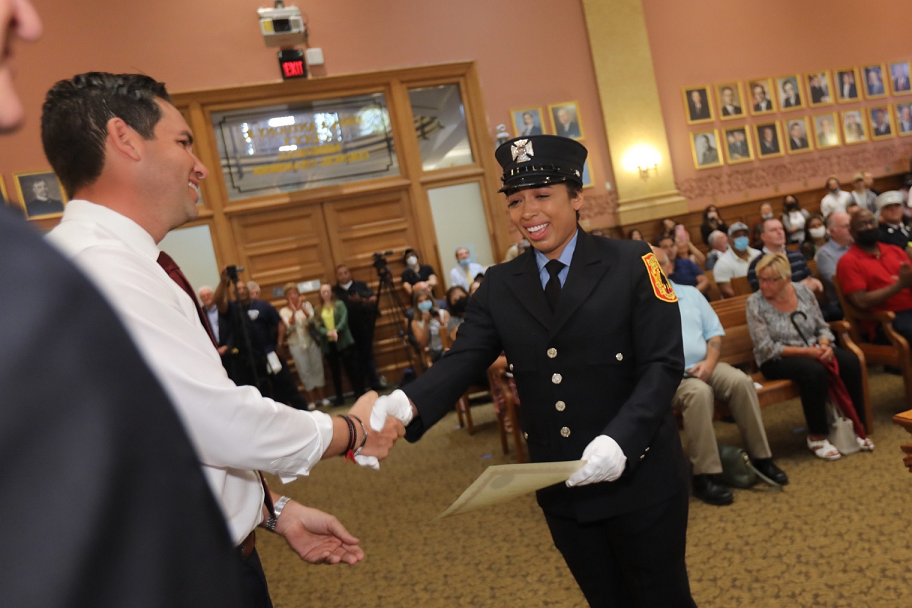 The Jersey City Fire Department was founded in 1871.
×

The Jersey City Fire Department was founded in 1871.

The parade will take place on Oct. 3, starting at Dickinson High School at 12 p.m., and will travel through the city along Newark Avenue and south on Jersey Avenue up to a reviewing stand south of Grand Street. Jersey City firefighters will be joined by first responders from more than 20 fire departments in the tristate area.

“We’ve come a long way over the past 150 years, and the Division of Fire continues to grow with the City,” said JCFD Chief Steve McGill in a statement. “Every year, our call volume grows, and we answer every call ready to assist. I’m proud to be a part of the department’s 150th celebrations, and I know the department will only get stronger over the next 150 years.”