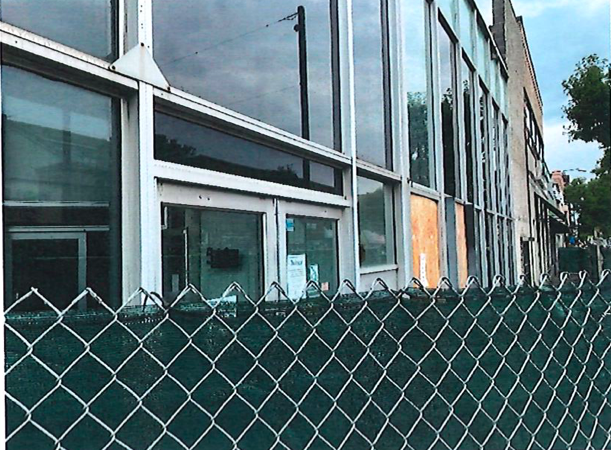 The buildings were surrounded by chain-linked fence along Broadway and 26th Street. Image via redevelopment study
×

The buildings were surrounded by chain-linked fence along Broadway and 26th Street. Image via redevelopment study

The Bayonne Planning Board has declared three lots on the corner of Broadway and 26th Street as a non-condemnation area in need of redevelopment.

This is the first step in redeveloping the area, which is currently made of three lots at 562, 564, and 566-568 Broadway located in the Central Business District. On each lot, there is a vacant building, surrounded by a fence. At 566-568 Broadway is a former Garden State Community Bank; at 564 a former Astrahealth Center urgent care; and at 562 a former BodyFit fitness center.

The redevelopment study on the area was presented to the board by City Planner Suzanne Mack prior to the area being declared as in need of redevelopment.

According to the study, the former fitness center “has a dated bland appearance and presents a monolithic wall to the neighboring residential development. Additionally, the site suffers from lack of landscaping or curb appeal, except for one street tree, which has a negative effect on the area.” The same was said about the former urgent care.

As for the former bank, the study said that it “has a dated bland appearance and presents a monolithic wall along 26th Street that is devoid of glazing.” The building façade is mostly glass on Broadway and cement on 26th Street. The backs of all the buildings have not been maintained. There are overgrown areas along the back and the fence in the back.

Along the sidewalks of all buildings there is chain-link fencing with slats on Broadway and 26th Street.

“The chain link fence around it is not conducive to the Broadway corridor,” Mack said.

All lots also meet two other criteria to be declared an area in need of redevelopment, according to the study.

The location of all lots inside the Urban Enterprise Zone means it meets that criteria for redevelopment. Additionally, all lots meet the “smart growth” principles for transit oriented development around transportation hubs criteria due to close proximity of the 22nd Light Rail Station.

All lots may ultimately meet additional criteria, including for substandard buildings and abandoned commercial buildings. The buildings on the lots have not yet reached 2-year vacancy threshold, but are trending that way. There are also pending demolition permits which further support this criteria.

The board voted unanimously to designate the three lots as a non-condemnation area in need of redevelopment at its September meeting.

Chairwoman Karen Fiermonte said: “I definitely agree with this. We’ve focused on other areas very close by, but I do think this is a location [in need of redevelopment]. The post office is nearby, which is a landmark in Bayonne, so I agree that this is something that would be necessary.”