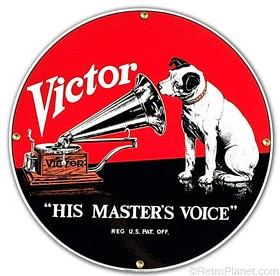 The RCA-Victor dog captures the essence of Team Fulop. The members of Team Fulop listen for - and obey - their master's voice. Time to get rid of the machine and restore a democratic process to the city's government.
×

The RCA-Victor dog captures the essence of Team Fulop. The members of Team Fulop listen for - and obey - their master's voice. Time to get rid of the machine and restore a democratic process to the city's government.

There is no such thing as a benevolent political machine. Eventually, the taxpayers will wind up footing the bill for those “pet projects” that Team Fulop – the Fulop political machine – supports, such as the pedestrian plaza on Newark Avenue.

Naturally, Team Fulop denies being a “machine.” Instead, the mayor and his team claim to be the progressive choice for Jersey City. However, another local publication presents an opposing point of view: “He’s [The mayor] somehow gotten such a strong stranglehold on the council that it often appears his seven allies on the nine member board have decided to simply go along rather than exercise their grey cells before voting as a block.” The way I read this, it appears that the mayor runs a very tightly controlled political machine.

If the people of Jersey City truly want a proactive, forward-thinking, progressive government; one that is not controlled by a political association, then the voters should cast their ballots for the independent candidates.

“Independent” means being the” trusted steward” and the “honest broker” for the people. An independent council helps to ensure the people that there is a clear separation of powers and responsibilities between the city’s chief executive and those empowered to pass ordinances. Such a model supports ethical behavior, fiscal integrity, financial accountable, and audit readiness.

Currently, Jersey City lacks that distinction; it has little – if any – “checks and balances.” Instead, the municipality is governed much like an anachronistic feudal state: The omnipotent autocrat and his sycophantic vassals.

On a final note, the other local publication wrote in its endorsement page, “Incumbent Richard Boggiano has lost our vote of confidence, having moved from being an independent voice on the council to a Fulop rubber stamp. He also appears inattentive at council meetings, even asleep at a times. . .” Indeed, Ward C deserves better than Rich Boggiano. At one time, Boggiano was the independent voice of – and for – Ward C. Now, he is pretty much like the RCA-Victor dog listening to his “master’s voice.”

This is a time for change in Jersey City. Take advantage of this opportunity. Go to the polls on November 2nd and vote for the independent candidates. It is time to take back – to reclaim – our city from “Boss Fulop” and his mindless, rubber-stamp zombies on the city’s council.

Science is at the heart of democracy

The Best Question That I Have Ever Heard