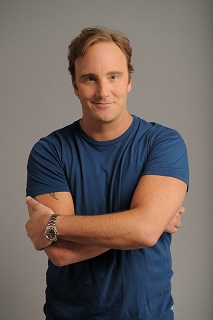 Comedian, actor and best-selling author, Jay Mohr, has been performing stand-up comedy since he was sixteen years old. With a career that has spanned over three decades, Jay has become an artist that is very difficult to define. After landing his dream job on Saturday Night Live, it appeared Jay had reached the height of comedic success.  Little did he know that just three years later, he would be cast opposite Tom Cruise in Jerry Maguire, and that same year, co-star with Jennifer Anniston in Picture Perfect.  After two books, 25 films and starring in his own groundbreaking series produced by Joel Silver and the late Ted Demme, he starred in the CBS scripted comedy Gary Unmarried, which was critically acclaimed and ran for two seasons. Anyone that has ever seen one of his shows will be quick to tell you that there is no one better. Comedy Central agrees, having named Mohr one of the 100 greatest stand-up comics of all time. A simple bio doesn’t do the stage show justice, as there are no notes, no two shows the same and an act that never picks on the audience. These are the three tenets that Jay believes makes great live comedy, and the foundation is laid when Jay often tells his audiences, “Let’s just jump off a cliff together and build our wings on the way down!”  Visit: https://www.jaymohr.com/.  /Watch: https://youtu.be/ieRH69UrqFY.